IN a sliding doors moment, Nathan Tinkler’s former right-hand man, Troy Palmer, has been declared bankrupt with debts of more than $21 million, just as word emerges that his former one-time billionaire boss has had his personal bankruptcy annulled.

The Herald can reveal that retail giant Gerry Harvey has bailed the former mine electrician from Muswellbrook out for a second time, loaning him more money late last year.

Mr Harvey – who famously loaned Mr Tinkler $50 million, and got it back – confirmed on Friday that he had loaned him more money, but said he had “no idea what Nathan has done with it”.

Mr Tinkler did not respond to requests for comment on his financial situation, but documents show that his bankruptcy, brought on in February 2016 by GE Finance over $2.8 million owed on a corporate jet, was annulled – and his debts officially regarded as “settled” – on April 12 this year.

When the counting was completed in 2016, after he was officially declared bankrupt, Mr Tinkler’s debts came in at more than $540 million.

It is unclear how much he paid his creditors in annulling his 26-month bankruptcy. An offer of $1 million, which equated to less than 0.2 cents in the dollar, was rejected in December last year.

This final acceptance of a revised offer draws something of a line under his extraordinary rise from obscurity, and a correspondingly thorough fall from grace.

Mr Harvey refused to reveal the amount he loaned Mr Tinkler and said it was none of his business if it was used to wipe Mr Tinkler’s bankruptcy.

“At no stage did I ever ask Nathan Tinkler what he was going to lend money for,” Mr Harvey said.

“It’s none of my business. He gave me security. He still owes me money and if he doesn’t pay it back I will sell those properties.”

Despite the end of his personal insolvency agreement, Mr Tinkler is still banned from being a director of a business until February 2021, the result of a 45-month disqualification that began in May last year.

Mr Palmer – as a loyal Tinkler lieutenant – was served with the same length of disqualification by the Australian Securities and Investments Commission, which banned the pair, along with Mr Tinkler’s sister Donna Dennis, because of “multiple serious failings in their duty as directors”.

In the face of Mr Tinkler’s bankruptcy annulment, fortunes reversed for Mr Palmer – once a kingpin of the Tinkler Group business empire - who was officially declared bankrupt on July 5.

At his peak, the Maitland-born accountant was a rising star in the business world, twinkling brightly as his fortunes climbed on the back of his former BRW Rich Lister boss. 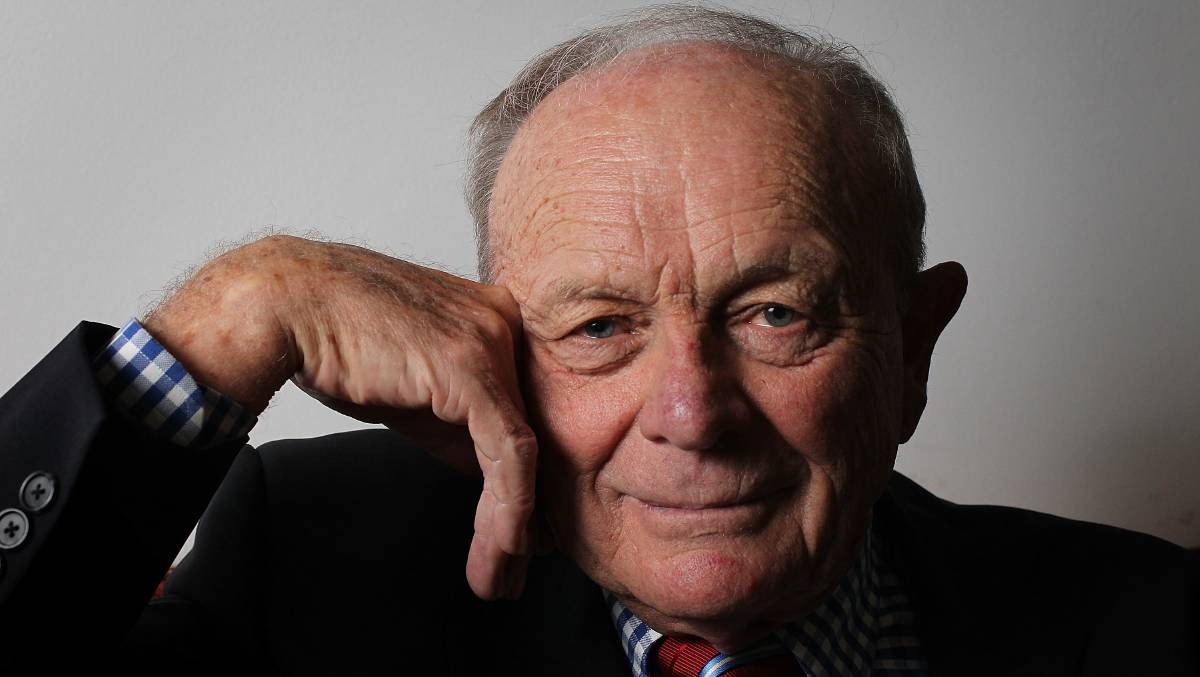 BAIL OUT: Retail giant Gerry Harvey has loaned Nathan Tinkler more money as news emerges that the former mining magnate has had his bankruptcy annulled.

It all began in 2008 when Mr Palmer made an unsolicited approach to Mr Tinkler – at the time a suddenly cashed-up mining tycoon – and within days was offered a job as a financial controller.

At the height of Mr Tinkler's wealth, a time when achievement was measured in reckless extravagance, Mr Palmer also served as chief financial officer of the Tinkler Group.

Mr Palmer was one of many who revelled in the culture of indulgence as Mr Tinkler squandered millions on the obligatory extravagances of the super-rich.

The former Hunter Sports Group chief executive listed his occupation as “accountant”, had $2000 cash and $4000 in a joint bank account.

According to the statement of affairs document lodged by Mr Palmer, he does not own any property, shares or other assets.

He lives in a Merewether house purchased by his wife in early 2015, just months after the split from Mr Tinkler, for $1.75 million. The house, valued at $2 million, is mortgaged to the Commonwealth Bank for $800,000. The Palmer Family Trust is listed as owning $250,000 in shares.

Mr Palmer, who has had had no contact with Mr Tinkler since his resignation in 2014, said he had no personal liabilities and made a “commercial decision” to declare bankruptcy. 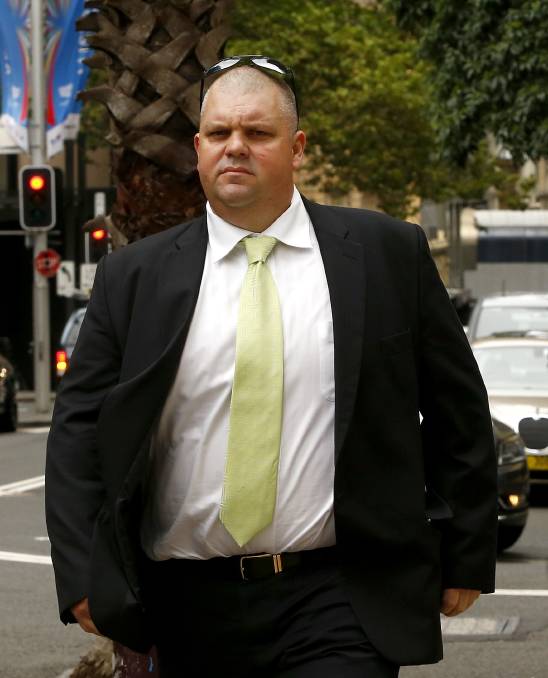 While conceding his time with the Tinkler Group “did not end as I would have liked” and left him in “an awkward position”, he described it as an “amazing experience”.

“I am not in a position to repay a $9.8 million tax liability resulting from director penalty notices received when employed by Nathan Tinkler,” he said

“Prior to leaving my employment with the Tinkler Group in 2014, I executed a Deed of Settlement between Nathan Tinkler and the ATO to personally protect myself, that gave the ATO security over real assets.

“The Deed was to ensure all tax liabilities, including director penalty notices, were paid in full. Unfortunately this Deed was not honoured, resulting in me being personally responsible for these company liabilities.”

In March, Mr Palmer unsuccessfully offered a “personal insolvency agreement” that would have seen his wife pay $120,000, the equivalent of less than half a cent in the dollar at the time, to settle his debts.

Mr Harvey said on Friday that while “someone like Nathan Tinkler will always think it’s someone else’s fault he’s in the position he’s in”, he believed Mr Palmer was more of a “victim of circumstances”.

He acknowledged that many people would have no sympathy for Mr Palmer or his former boss, but said he had no problems with either man.

He said it was “ridiculous” that Mr Palmer was pursued for more than $21 million in debts, because he would have never had the money in the first place.

“He got into trouble but he was a victim, if you like, because it was with Tinkler,” Mr Harvey said.

“If you are employed by somebody, you try to do the right thing by your employer… For most people, that’s their job, he’s their boss, the boss pays their way and that’s why Troy did what he did. He was a loyal employee of a bloke called Nathan Tinkler.”

Asked if he felt bad about getting his money back when so many others were financially bruised by their dealings with Mr Tinkler, the Harvey Norman boss said “I didn’t get paid ahead of anyone at any stage”. 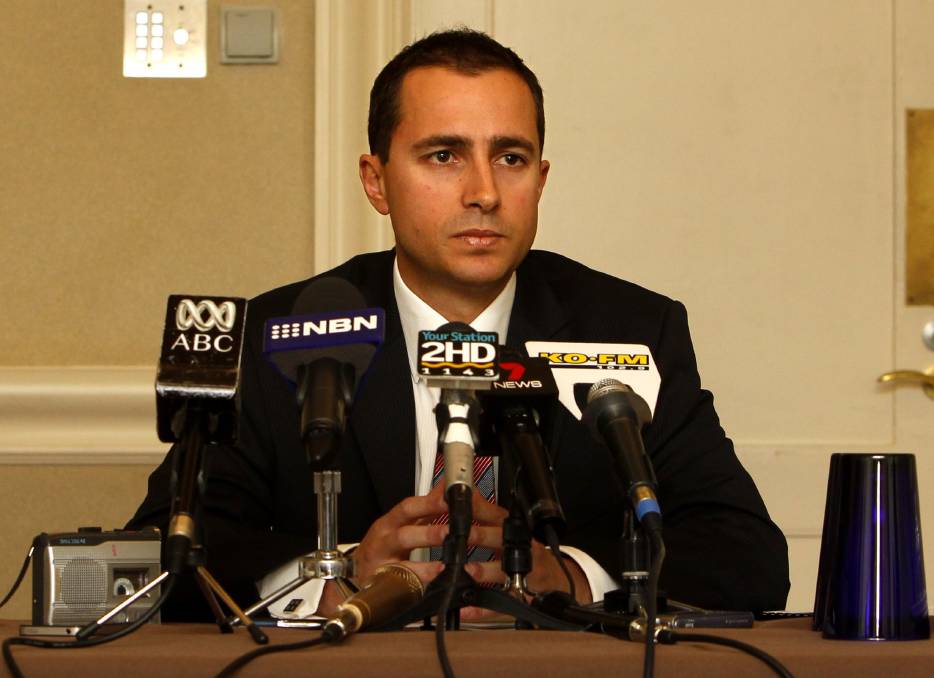 WRECKAGE: Former Tinkler Group executive Troy Palmer has been declared bankrupt with debts of more than $21 million linked to his time as a Nathan Tinkler executive.

He said he and John Singleton had “put it to” Mr Tinkler about his debts to “little people” but “he just denies it or pretends you didn’t say it”. “We’d say, Nathan, there are little people out there, they ring us and say you haven’t paid them for three months or six months, why don’t you pay them?” Mr Harvey said.

Mr Tinkler, who became Australia's youngest billionaire at the age of 35, was declared bankrupt by the courts in 2016, barely a week after he turned 40. His rise to the top is stuff of legend.

In November 2006, Mr Tinkler, then 30, with support from local business contacts including Richard Jennings and Matthew Higgins, famously sold or borrowed against everything he had - his house and his maintenance business - to scrape together a $1 million deposit on a neglected coal tenement at Middlemount in central Queensland, through his company, Custom Mining.

He had 30 weeks to get the rest of the $30 million deposit together. By April, Tinkler had pulled in investors including the Hong Kong-listed commodities trader Noble Group, which took 30 per cent of Middlemount.

The transaction was done in June 2007 and, after feasibility studies including drilling to firm up the coal quality and reserves, Tinkler's Custom Mining was sold to Macarthur Coal for $65 million in cash and shares worth up to $210 million.

By May, Tinkler sold his Macarthur shares to Arcelor Mittal for $442 million. From less than $1 million to $442 million in 18 months - it was a stunning deal that propelled Mr Tinkler into the BRW Rich 200.