Voice of Real Australia is a regular newsletter from ACM, which has journalists in every state and territory. Sign up here to get it by email, or here to forward it to a friend. From then to now, B&S Balls have seen a lot of changes through the years.

After 28 years, Trina Patterson is convinced she won the Bachelor and Spinster Ball lottery.

She found "the good one" when she married husband Tim a few years after they met at the Eidsvold B&S, west of Bundaberg, Queensland, back in November 1988.

At the time, the soon-to-be Mrs Patterson was just 19 years old, while her future-husband was only 23.

Arriving with a group of friends from the nursing quarters at Maryborough Hospital, in Queensland's Fraser Coast region, she'd spotted him and his mate across the street.

"We'd turned up in our casual clothes and we were all getting changed in the toilets at the servo, doing our make-up in the car's side mirror," Mrs Patterson said.

"We saw Tim and his mate Michael walk in, we knew them by their hats."

They chanced a conversation at the bar and, as Mrs Patterson recalls it, the attraction was immediate.

While travelling for work and study, they kept in correspondence through phone calls and letters before eventually agreeing to meet again in Taroom in Queensland's Western Downs Trina and Tim the night after meeting at the Eidsvold B&S in November 1988.

It was an old-fashioned courtship. The couple were married five years later on March 6, 1993.

"He was a good catch, he's a good bloke," Mrs Patterson said.

"I think I did go to one the next year, but it wasn't the same. Tim wasn't there.

"I don't think I bothered going to many more B&S balls after that one. I was done."

Among her friendship group of fellow nurses at Maryborough Hospital, Mrs Patterson can think of no other couples that achieved her B&S Ball success.

"A few of them did have some relationships from B&S Balls, but they didn't last," she said.

"We weren't always looking for romance, we were just looking to get out of the nurse's quarters and to make friends." 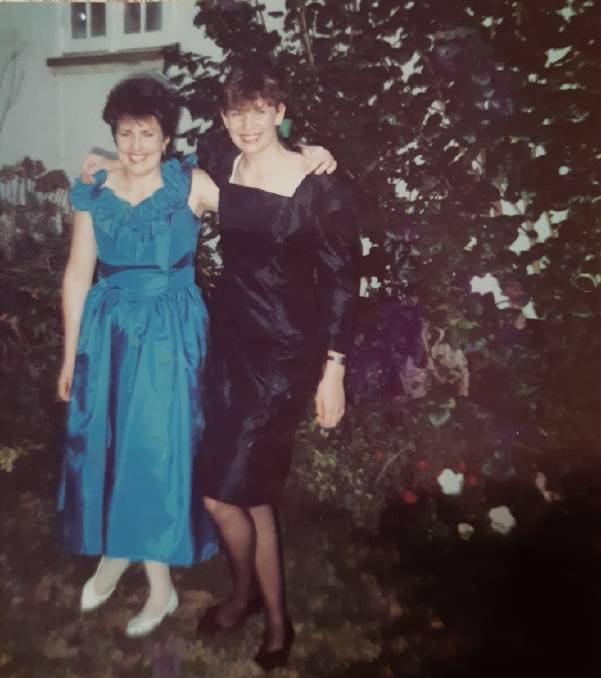 The fashions have changed and the generations have moved on, but some aspects of the traditional B&S Ball has remained a constant.

"You'd get a dress - usually taffeta back then - you'd bought it on the cheap somewhere and you'd wear it to all of these things," Mrs Patterson said.

"It had to handle having alcohol all over it. That could happen."

Though, Mrs Patterson admits, there are now fewer balls to choose from for the new generation of attendees.

"I went to about six or seven over two or three years. They're not as common now though, I wonder how many of those balls actually still exist," she said.

Though an exact history and origin of the long-running Bachelor and Spinster Ball tradition is hard to come by, records of these sorts of functions appear in Australia as early as the turn of the 20th Century. 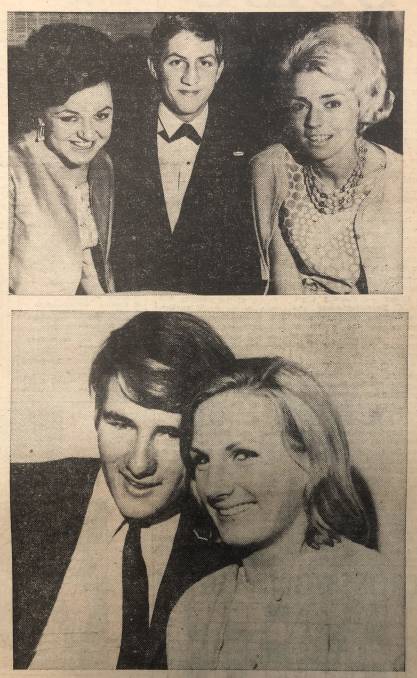 Victoria may have been the first state to begin the tradition before it spread throughout the rest of mainland Australia.

An article in the Maryborough and Dunolly Advertiser from March 1861 describes the "Bachelor's Ball" in Carisbrook, Victoria as though it was a newly formed, but ongoing event.

Throughout the NSW Riverina region, during its early years of establishment, the Bachelor and Spinster Balls appear to have been separate soirees. One organised by the women and the other by local men, though each featured a mix of attendees.

The Daily Advertiser records from 1949 indicate that a bachelor's ball took place on Friday 8 July at the Euberta Hall, while a spinster's ball was held on Friday 15 July at Brucedale Hall.

The attendees of both separate events then came together for a combined bachelor and spinsters ball on Friday, July 23, at the Euberta Hall.

An article from a September 1921 issue of The Daily Advertiser reveals that there was once even an annually returning 'Matron's ball' held in Junee.

"About 50 couples attended included amongst whom were visitors from Wagga, Cootamundra, Temora and Sydney," the article states.

"A number of students of the Sydney University who are enjoying a vacation at their homes in the Junee district were also present."

CHANGING TIMES: Fashion is different - and sometimes optional entirely - for the usual attendees of B&S Balls in the modern era.

Typically high-fashioned and reminiscent of the debutante style, these events were a far cry from what they have become in the current B&S Ball fashion.

But from its early inception through to its current presentation, organisers say there is one common thread.

Whether dressed in the full elegance of the early 1900s or straight from paint-covered paddock bashing and boozing in the more modern era, these events have always been staged to help the over-18s meet each other.

That was the motivation that saw Kelly Forrest decide to host the first B&S ball at The Rock in NSW's Riverina, with daughter Ashleigh, in 2017.

"My daughter had been to over 60 but she always had to travel, there were none in this area," Ms Forrest said.

"The closest was in Ariah Park. I'd never been to a B&S. Back in my day, they were invitation-only, but it's always been the place where people met. My husband grew up in Stockinbingal, he'd been to a few but they were always by invitation."

In the four years since starting their ball, Ms Forrest has seen it grow to up to 800 attendees - a far cry from the smaller, quieter events of roughly 50 attendees during the tradition's early years.

A vast number of those attendees are also regulars on the national 'B&S circuit', attending as many balls around Australia as they can.

"My daughter has made friends from everywhere. If she needed to, she could stay with someone just about anywhere in NSW. They've all met through the ball scene," Ms Forrest said.

"My daughter met her partner at the Deni Ute Muster. He's from Geelong. They come from all over."

Another common thread from the inception of the B&S ball is its fundraising quality.

The majority of the events continue to give a percentage of their profits to keep local operations afloat.

"It brings a lot of money into our town every year," Ms Forrest said.

"Ours funds the football club and the progress association that does a lot of work in our town. We've made about $100,000 over the years."

While last year's pandemic forced the cancellation of all most all large-scale events, organisers are hopeful they will be able to see the return of the B&S Ball this year.

"At this point, we're still planning to go ahead in November this year with the band and everything that was planned for last year," Ms Forrest said.

But the post-pandemic world may prove to be the next instalment in the evolution of the B&S Ball tradition.

In case you are interested in filtering all the latest down to just one late afternoon read, why not sign up for The Informer newsletter?