Tasmania is a social media influencers and photographers dream, with hundreds of places providing the picturesque backdrop.

From the big penguin to World Heritage areas to MONA to Jacobs Ladder to outdoor bathtubs, the Apple Isle is jam packed full of Instagramable places as we try to #keepTassiewild.

The 68,401 square kilometre island offers visitors everything from the rugged West Coast landscape to the white sand beaches of the East Coast.

Alongside some of the world's most unique and endemic flora and fauna such as the Tasmanian devil, the eastern quoll, Huon pine, Fagus and pandani.

Launceston-born photographer and writer Paul Fleming has attracted more than 50,000 Instagram followers with his subjects behind the lens under the handle @lovethywalrus.

He named his top five spots in the state as:

He said his favourite place changed, as it was depending on how he was feeling at the time, but he had a consistent go to.

"The breathtaking reflections, wholesome serenity and separation from my busy everyday life means that the Bathurst Harbour area of the South West is a place I know will always lift up and recharge me," Fleming said.

"It's not a competition though, as every place has its own story to tell and that is what good photography ultimately should do - respect, share, invite and include people in the rich and continuous stories of a place."

Fleming said photographers from the mainland and around the world were catching onto the appeal of the state, but it was not a new movement - instead social media and affordable camera equipment meant it was becoming more accessible.

"What sets Tasmania apart is a richness of layers and accessibility of a diverse range of inspiringly beautiful landscapes, brought to life by a unique light - and weather - that's ever-changing, keeps you guessing and challenges your creativity," he said.

"We're not a one-shot, one-style, destination. If you're not enjoying the scenery, hop back in the car for a minute or walk a little further and it's bound to change, often dramatically."

However, he said he hoped people came to engage with Tasmania and respect the state's people and landscape rather than simply creating content. 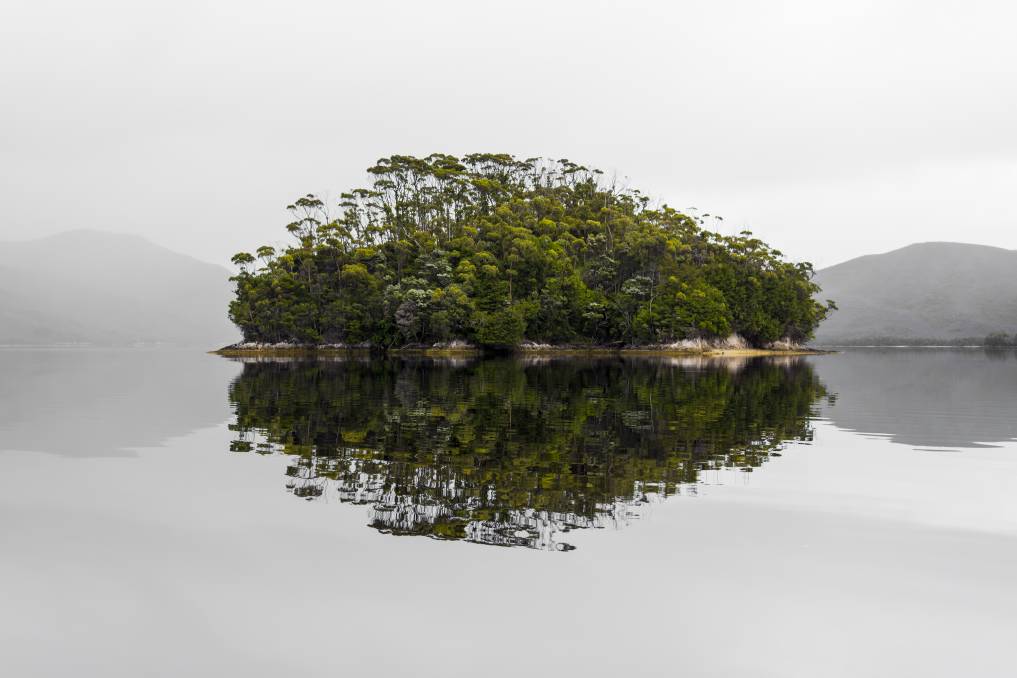 PAUSE: The cover of Paul Fleming's book Pause, about a collection of Tasmanian moments, features one of his favourite places, Bathurst Harbour in the South West National Park. Picture: Paul Fleming.

The 600,000-hectare park is the state's largest national park and forms part of the Tasmanian Wilderness World Heritage Area.

With limited access in the northern part of the park through Gordon River Road and Scotts Peak Road, this untouched part of the world is predominantly only accessible via boat, foot or aircraft.

If you are lucky enough to get a look, an option is the 84-kilometre Port Davey track you can be dropped into and brings you through the entirety of the park over seven days. 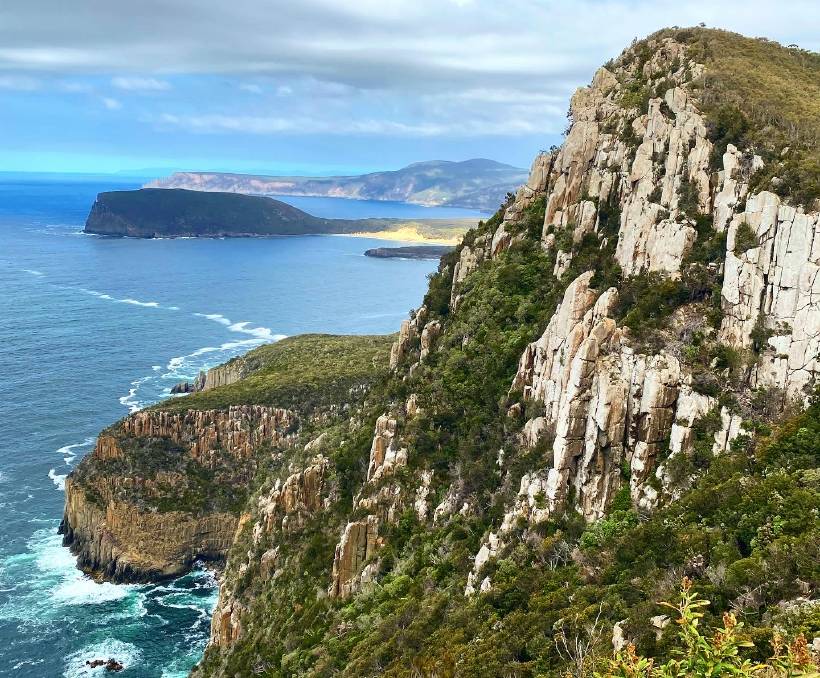 It offers a breathtaking view across Hobart, its harbour, Bruny Island and surrounds to make this one of the top spots.

As the iconic dolerite columns, known as the organ pipes, are only a 30-minute drive from the city, making it an accessible area for Tasmanians and tourists alike.

At 1271 metres above sea level it dominates the city's skyline and will often be snowcapped in winter and a few degrees colder than down below.

It offers an option for everyone, whether it's a drive to the top, or a walk or ride to the summit. 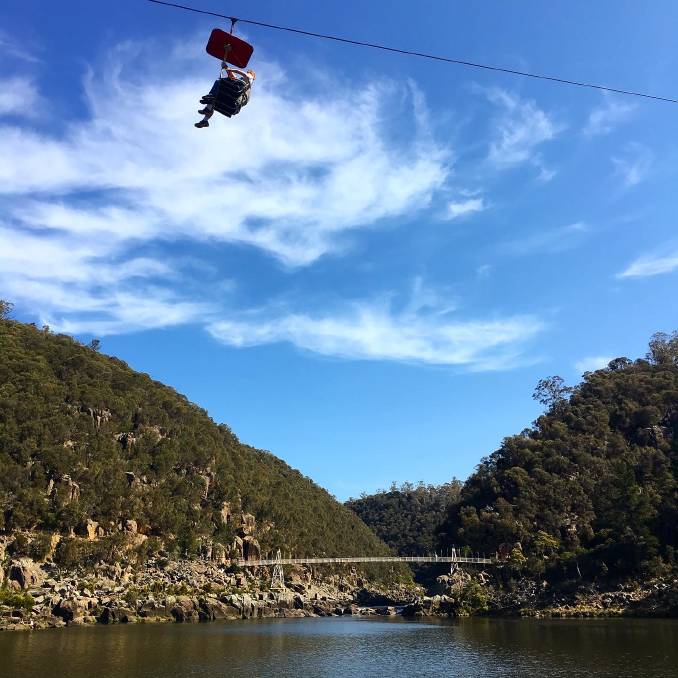 A trip to Tasmania is not complete without a stop into the Gorge.

Take your pick of the walk into First Basin from Kings Bridge, a stroll on the zig-zag track, the roaming wildlife, the Alexandra Suspension Bridge, the pool, rapids at times, rock climbing and the world's longest single-span chairlift to get you from one side to the other.

A mere 15-minute commute from Launceston, it is a popular spot for a picnic, exercising or going for a swim with locals and visitors alike. 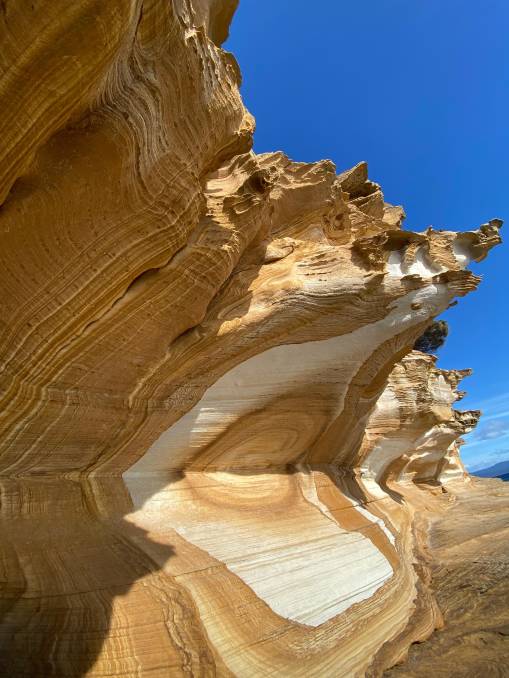 Wombats, wombats, wombats - they are everywhere on this island of the East Coast. As are Cape Barren geese, pademelons, kangaroos, wallabies and Tasmanian devils.

The painted cliffs can also not be forgotten.

The place has been described as Tasmania's Noah Ark and for good reason, as the wildlife roams around freely without a care in the world (and it should remain this way). However, a long lensed camera or a simple zoom on an iPhone will capture the fauna in its natural glory.

The island has remnants of past inhabitance, convict history, wildlife, beautiful beaches, fossils, bike rides and some great hikes including summiting Bishop and Clerk.

It is accessed via a 30-minute ferry ride from Triabunna and can be a one-day trip or a multiple day trip if you want to explore the southern portion of the island. 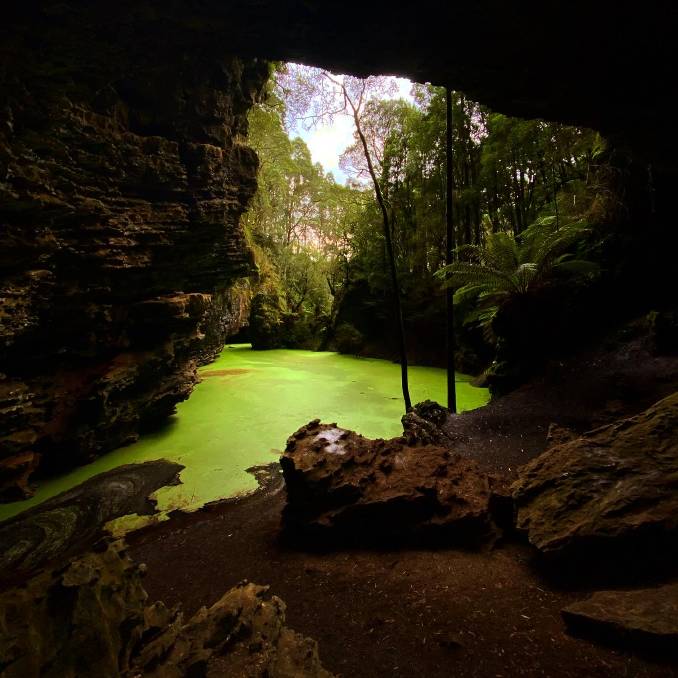 This may be a stretch to link these two together but many visitors use Stanley as a base for their trip into the Tarkine.

The 130-kilometre return drive to Stanley takes you through temperate rainforests, across rapids and through conservation areas.

Some of the must sees include the Trowutta Arch, Sumac Lookout, the Sinkhole, Lake Chisholm and the Edge of the World to name a few.

After you travel back to the historic village of Stanley, you will be greeted by the Nut and the surrounding green farmland.

It is the remains of an ancient volcanic plug, with a mostly flat surface. Shoot it from on top, far away or through the picture frame installed. 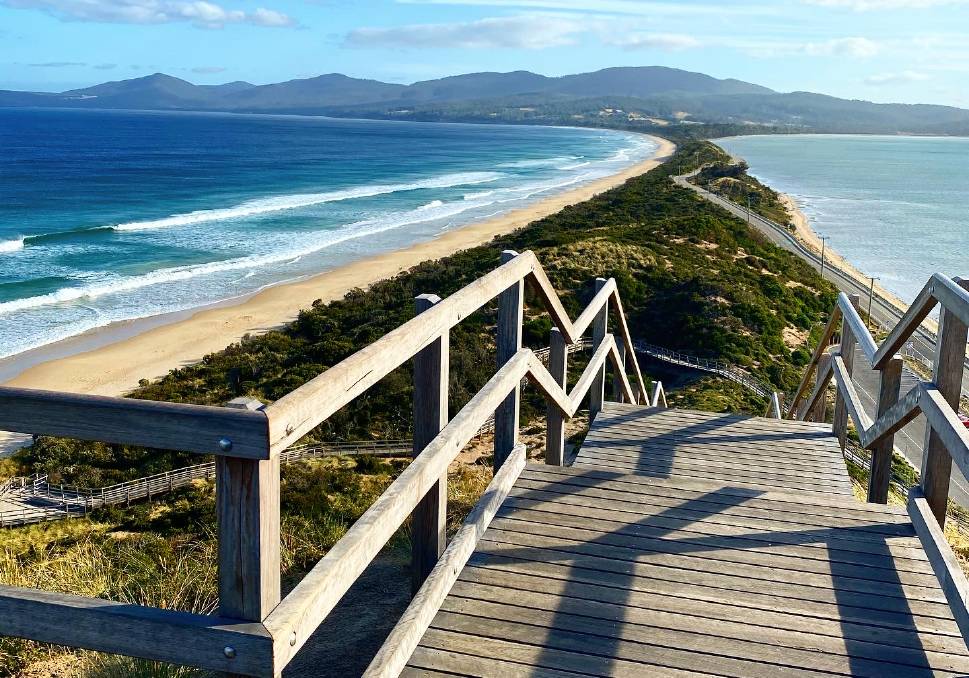 A quick 20-minute ferry across from the town of Kettering, about 40 minutes south of Hobart, and you have arrived.

Visit the Neck for the iconic stair shot, organise a little penguin tour for dusk or talk a cruise to spot dolphins, seals, sea birds and whales.

Keep a look out for the island's white wallabies near the South Bruny National Park, go on a hike at Cape Queen Elizabeth to see the rocky archway at Mars Bluff and check out the Cape Bruny Lighthouse too.

It is scattered with places utilising the island's produce, to create a foodies dream - oysters, a cheese shop, honey shop and more.

A quick browse on Airbnb will also find you some unique stays across the 362-square kilometre isle.

It was not named one of the most beautiful beaches in the world for nothing, or by Lonley Planet as the hottest travel destination.

The name came from Captain Tobias Furneaux as he sailed past in 1773, but can also be applied to the orange lichen that grows on the granite boulders lining the bay.

About a three-hour drive from Launceston, it covers about 50 kilometres of coastline to includes several secluded beaches and inlets, including Binalong Bay, The Gardens, and more outside the town of St Helens. 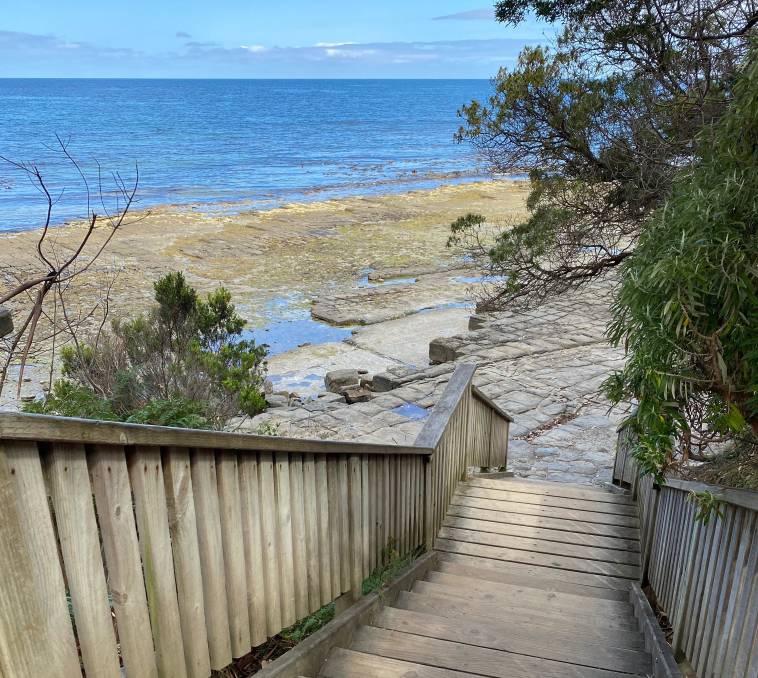 GET AWAY: A shot looking onto the Eagle Neck's tessellated pavement. Picture: supplied

There is also plenty of fresh, local produce orientated businesses on the peninsula and beaches such as Fortescue Bay.

The Three Capes Track offers plenty along the way itself, including Cape Raoul, Cape Pillar and Tasman Island. 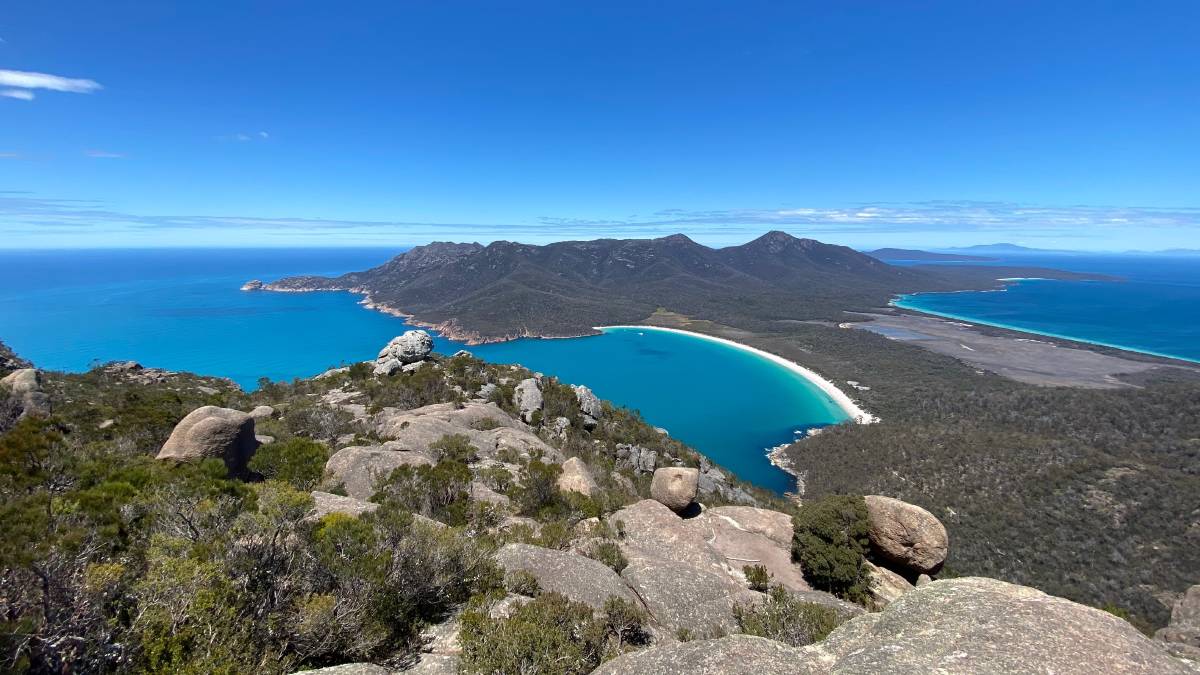 The drive into Freycinet is enough to make you take a second glance, as you drive into a coastal town with granite mountains towering over the town's skyline.

Along with the iconic Wineglass Bay, with arguably the bluest waters in the state.

You can view it from the two lookout options or take a more strenuous hike/rock climb at times via the route up Mount Amos.

Camping on the beach in designated spots is also an option, alongside the Freycinet Peninsula Circuit walk, kayaking, rafting, Friendly Beaches, fishing, Cape Tourville, snorkelling and Sleepy Bay beach, there are plenty of options. 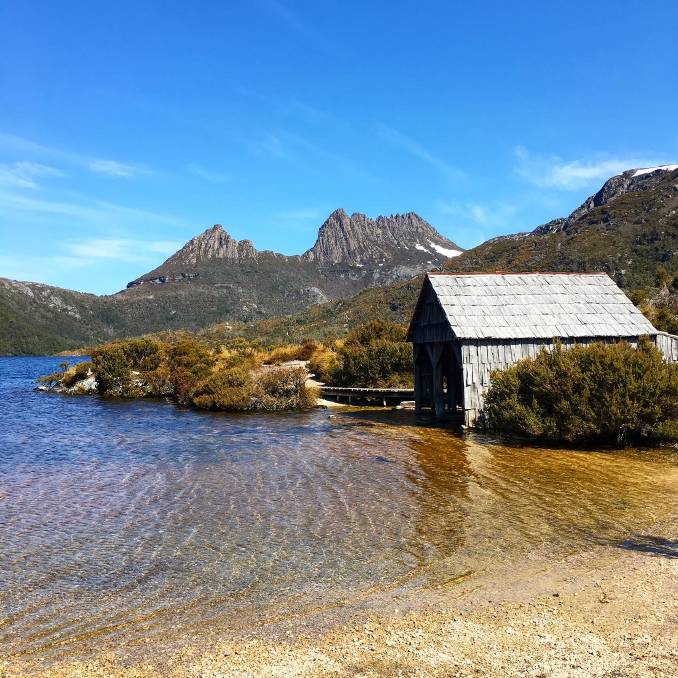 When mainlanders think of Tasmania, the first thing they think of, besides Tasmanian Devils, is likely Cradle Mountain and for good reason.

The options in this national park are endless - Dove Lake walk, summit walk, some of the state's best short walks, the world-renowned Overland Track, the state's highest point at Mount Ossa and plenty more.

This story Want to travel somewhere Instagramable? You don't need to go far first appeared on The Examiner.