Here's something to make you feel old - and nostalgic - Young Talent Time turns 50 on Saturday.

The first episode of the iconic variety show went to air on April 24, 1971.

For a generation of Australian kids, no Saturday night was complete without Dannii, Vince, Tina, Bevan, Karen, Joey or Lorena singing the latest hits, wearing incredible costumes, and then host Johnny Young winding it up with a rendition of All My Loving and a slightly treacly "Good Night Australia". It was daggy but it was ours. A more innocent time.

The National Film and Sound Archive has recognised the significance of Young Talent Time by curating a special online exhibition for the anniversary, including testimonials from two of the show's biggest stars, Dannii Minogue and Tina Arena.

The archives' digital content producer Beth Taylor gathered together the material for the exhibition including first and last performances by team members, live shows, birthday specials, the incredible costumes and other rare footage. Johnny Young, now 74, who was the host throughout the 18 seasons on air, was instrumental in supplying some of the material.

"We have a great relationship with Johnny Young and he's obviously trusted us with all that footage and the beautiful stills and so it was a bit of a no-brainer really [to hold the exhibition]," she said.

Part of Beth Taylor's preparation for the exhibition was conducting an informal social media survey - that grew and grew as people shared it - asking what YTT meant to them. She was astounded by the responses.

"Every single person had their own story about Young Talent Time, their own favourite, their own memories," she said.

"Even someone I would regard as a serious person would go, 'Oh my God! Young Talent Time!'.

"So many people said 'It was my life' or 'It was my childhood'. The fact there was this joy, this fun, it was their favourite time of the week.

"A number of people said, 'Heaven help anyone who got in my way if I was going to be watching it'. Others said there would be stress for parents each week trying to get the kids home in time to watch it. I guess it was appointment television in a way we just don't have anymore.

Forty children and teenagers were members of Young Talent Time over the 18 seasons. Picture: National Film and Sound Archive

"Something else that came up was that it encouraged people to pursue their dream of being an entertainer, some had gone into show business because of Young Talent Time.

"There were crushes on the various team members, which was also really common.

"And a lot of people mentioned the costumes, and I've certainly seen that. I tried to pick examples of those production values."

Forty children and teenagers were team members over the years, and there is footage of all of them and nuggets of gold including eight-year-old Asher Keddie singing Fame. Back then she was a contestant on the show, not a YTT member. Now she's now an acclaimed Australian actress with credits including Offspring.

And, of course, there was Dannii Minogue, who appeared from from 1982 to 1988, then a bigger star than her soon-to-be-huge sister Kylie. Dannii was a firm fan favourite not only because of her talent and glamour but also what fans saw as the simmering romance with fellow YTT member Vince Del Tito. Ah, Vince.

Dannii Minogue, who is nearly as old as the show, turning 50 in October, says in her testimonial for the NFSA exhibition that Young Talent Time was "like a family".

"I started at the Johnny Young Talent School. Somehow I got discovered there and ended up on the TV show," she said.

"I remember sitting at home, just watching it from the couch, just adoring all the team members and looking up to them and loving every song that came on, all of the costumes."

Tina Arena was the longest-serving cast member, on YTT from 1976 to 1983, and arguably its biggest post-show star, still performing and touring.

She was a wunderkind on the show, composed beyond her years and with a powerhouse voice even as a child.

In her message for the NFSA exhibition, Tina Arena, now 53, said she couldn't believe it was now 50 years since the show had first gone to air.

"Here's to 50 years, here's to wonderful television, and I feel so privileged to have been a part of that wonderful show," she said.

"So for all of you who did watch it, thank you for watching all those years ago and for all the love and support that has continued on for each and every one of us. Happy 50th birthday Young Talent Time." 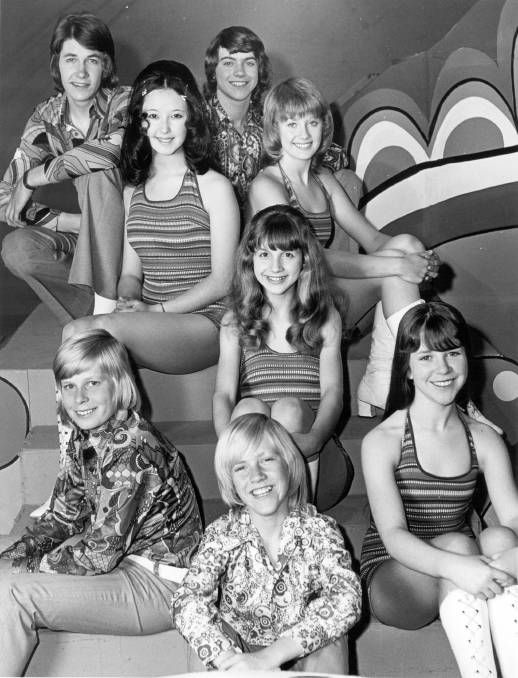 Where it all began: Young Talent Time circa 1971. Picture: National Film and Sound Archive.

It was not an easy gig.

"They were pumping out 42 and 45 live shows a year. They were on-air 52 weeks of the year and they did Christmas shows over summer," she said.

"We've got a really lovely piece where Johnny explains how much commitment the kids had to have. They rehearsed Wednesday, Thursday and Friday nights and Saturday would be the taping.

"All the parents would come to the rehearsals as well and tapings and there was one particular parent, Jane Scali's mum, who crocheted every time she came and then she gave Johnny a crocheted blanket at the end, which he still has."

The show was almost scandal-free. Years after her time on the show, one of the founding members, Debra Byrne, revealed she had been in a sexual relationship with a crew member as a teenager, and he was later charged with statutory rape. She has gone on to speak about her struggles with drugs and alcohol and made further allegations, though these were never proven.

"In fact, I've had a lot of people say the show meant so much to them because they had such a difficult childhood. It was like a safe place," she said. 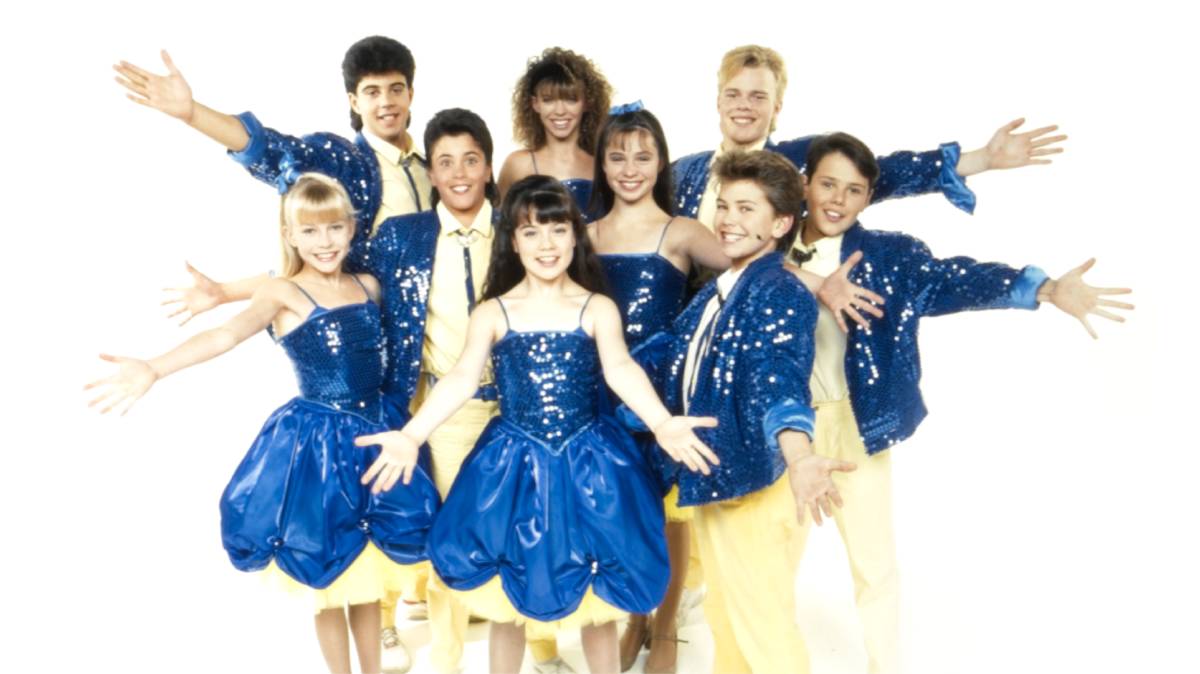 The costumes were a big part of the appeal of Young Talent Time. Picture: National Film and Sound Archive

One of the most memorable parts of the show was when team members left the show, the spotlight firmly on them as their families also joined in what was like a showbiz graduation ceremony. Footage of Tina Arena's, Dannii Minogue's and Joey Perrone's last shows are in the exhibition.

"People remember the final episodes so fondly, it was kind of like watching someone's 21st being televised," Ms Taylor said.

"People paid tribute to them and their hard work and you don't often hear adults talk about children in public in that way. It's seriously emotional stuff, the family are all crying. It's full-on."

While some of the performances were definitely energetic and frenetic, especially during the 1980s, there was a gentleness to Young Talent Time. Johnny Young spoke to each member with respect, raised them up with praise, but seemed to keep them humble as well. The younger members of the team obviously worshipped the older ones and the older ones appeared to never patronise the younger ones. Johnny Young's daughters Fleur and Anna were regularly referred to and sometime made appearances. You could feel the love.

And if you can't get enough of Young Talent Time, popular team member Beven Addinsall (1983-88) has put together a reunion pay-per-view special which will be streamed at 6.45pm on May 1.