If Jock Zonfrillo could tell his 12-year-old self one thing, it would be to buckle up, it's going to be a bumpy ride. By 12, he'd already been in trouble with the police, lost his virginity to a much older woman and dabbled in drugs. He'd also started working in kitchens, washing dishes every weeknight after school. He was cooking by 13.

"I walked out of that first shift as a cook and I knew that I wanted to be there," he says.

But it was this obsession with food that would lead to his darkest moments and, ultimately, to his redemption.

"I think I'd tell my younger self that, potentially, obsession is more dangerous than addiction," he says.

"Being forced to think about it all, in writing this book, it's made me think about the depth of the devastation it caused not just to me, but to those around me, loved ones and friends, I'm not sure what was worse."

Last Shot is Zonfrillo's biography. It's been likened to a cross between Trainspotting and Anthony Bourdain's memoir Kitchen Confidential. A mix of life growing up in working-class Scotland, where kids were buying drugs from the ice-cream van and watching mates die on the streets after hazy nights on the town; to cooking for celebrities - he once mistook Madonna's dog for a rat as he dispatched it from the kitchen with a swift kick - and chasing Michelin stars. For most of us, Zonfrillo first came into our view when he took over as one of the guests on MasterChef, joining Melissa Leong and Andy Allen in 2020, replacing the long-standing trio of Matt Preston, Gary Mehigan and George Calombaris.

Those in the game were aware of his background, in and out of the kitchen, his championing of indigenous culture and native Australian ingredients in his Adelaide restaurant Orana, his heroin addiction, his legal troubles, his relationship breakdowns.

But for those of us who just knew him as a sometime-kilt-wearing judge, who was sometimes a little tough on the contestants, Last Shot will be enlightening.

I tell him I'm sometimes sceptical of biographies, as they follow a formula. This one, however is a "banging" read, as his MasterChef co-judge Allen would sometimes describe a plate of food.

He was born in Ayr, a little town not far from Glasgow that was once home to another famous Scotsman, poet Robbie Burns. He was born Barry Zonfrillo; his mother's Scottish family ate for sustenance, his father's Italian family ate for joy.

"My first memory of that joy is holding [his grandfather's] hand and toddling into the beautiful chaos of Fazzi's Italian deli in Glasgow," he says.

"The smell hit me before my eyes took anything in, and I can still call it up: fresh focaccia, salami, parmesan - and beneath it all the whiff of garlic, spice and briny olives. It blew my mind. Everything changed for me after that, in the best possible way."

By the time he hit high school, he was working in kitchens; at 15, he left school to start an apprenticeship at the Turnberry, a "posh hotel", he says (Donald Trump owns it now), that was "famously the hardest kitchen in Scotland". The abuse in the kitchen was extraordinary, he writes in the book - verbal, physical, mental. He's glad some things have changed in the industry. "It's definitely changed since I was a young kid ... the ways kitchens were run would be considered illegal now, whether it was the hours you worked or the abuse you received."

He says the one thing that hasn't changed, however, is the emotional strain of the kitchen.

"You could be working in the best kitchen in the world, where there's no yelling or shouting, where you only work eight hours a day, but there are so many ups and downs in a kitchen," he says.

"Ultimately there's a service, there's a build-up to that service, you come in and there's a lot of camaraderie and mucking around, but as service gets closer the pressure builds, you have to be ready for that exact time.

"Customers come in, orders come in, and you need to be ready. And then there is this high-tensile pressure of service, of performing, being tough on yourself trying to be perfect or make every dish the best that it can be. You're one cog in this huge timepiece and it's all connected.

"If you're working in a three-Michelin-star kitchen, it needs to be amazing because people are paying a fortune for it or whatever, and you're creating this beautiful meal for someone to enjoy who's sitting on the other side of that kitchen wall.

"And then all of a sudden it is done."

He believes a lot of the issues surrounding mental health in the hospitality industry can be attributed to this constant cycle of ups and downs; it's not just a one-off performance, service can happen twice a day.

"There's no two ways about it, our industry has this propensity for drug and alcohol abuse. It's not hard to see why, at the end of the day," he says.

"It has less to do with the fact that some kitchens might be difficult places to work, it's the work, the highs and lows that indirectly lead to that kind of extra-curricular behavior."

Zonfrillo's admissions might shock some people. By 23, he may have made a name for himself working with the likes of Marco Pierre White, but he had a troubled marriage and a nine-year heroin habit. He knew something had to change.

If he writes about how food has saved him, perhaps Australia saved him in a way too. In late 1999, he received a call from an old contact from a year he'd previously spent in Sydney, and was offered a job.

"I did my last shot of heroin on New Year's Eve in the toilets at Heathrow Airport," he writes.

"I remember thinking ... I would never take drugs again. When the plane landed in Sydney I'd be free of all that."

But his gratitude towards Australia extends further than that. This half-Italian Scotsman had never really understood Australia's disconnect from our indigenous history. He saw what was happening in the restaurant game, how, particularly after the 2000 Olympics, the whole world was in love with this "Mod Oz cuisine" he was apparently part of. Tetsuya's was Japanese, Neil Perry was sort of pan-Asian, Claude's was classically French. "Amazing delicious food, yes, but was it Australian?"

This led him to an exploration of native Australian ingredients. He admits the feedback from the early days was "it was shit". "Everything was a European dish with indigenous ingredients sprinkled on top, which was going at it the wrong way around."

He realised the only indigenous people he'd encountered in Sydney were the buskers who played didgeridoos at Circular Quay.

"I walked out of the kitchen and down to the waterfront, approached the first didgeridoo player I saw and introduced myself," he says.

"His name was Jimmy and what he told me sitting there by the water changed my whole life; just completely rewired the way I looked at the world."

He was on a mission to bring acknowledgement to indigenous people, and the only way he knew how to do that was through food. He says he's copped some flack, for being a white guy cooking with indigenous ingredients, but he's good with that, as he knows the reasons why he does it.

Part of the deal with MasterChef involved him being able to use the show as a vehicle to bring the issue to the public. This year, there was a week spent on Country; more native ingredients are included in the pantry, more challenges encompass them. 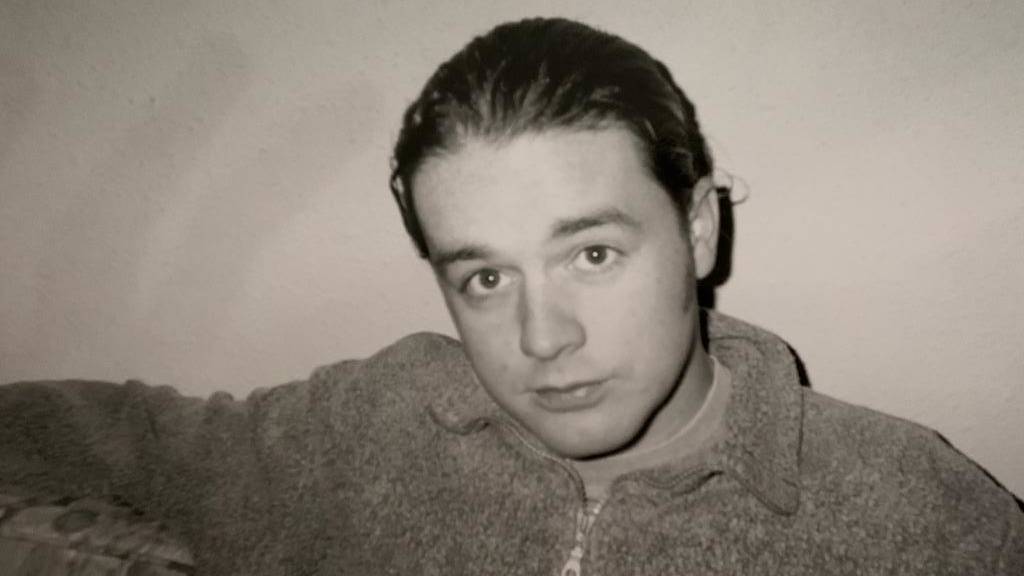 Orana closed its doors in March 2020 as the pandemic hit. He wonders whether the industry will ever get back to what it was, or if indeed it will be forced to change into something much better. He talks about the future of fine dining, for producers and farmers and suppliers who have also been affected by the changes in the restaurant game.

"I don't know what the next chapter looks like but I'm excited to be a part of it in some way," he says.

"Australia is an amazing place to live and work. I'm an immigrant here but I call this country home and I have this desire to make sure my kids grow up surrounded by great food and great people.

"At the end of the day I just want people to enjoy food - that's all I've ever wanted."

If there's one take-ome from the book, it's that Zonfrillo makes no apologies for his life choices. At 45, he's in a happy relationship with his third wife, Lauren, and he loves his four children with all his heart.

"You can't rewrite history. It doesn't matter what's happened, it's about what lies ahead of you and how you handle it. You can try every day to be better and that's all you can do."

"If there's only one thing you take away from my story, please, I beg you, don't put cream in your f***ing pasta carbonara."

This story How food saved Jock Zonfrillo first appeared on The Canberra Times.