AC/DC frontman Bon Scott should be remembered for what he did while he was alive, not how he died, author Jeff Apter tells GLEN HUMPHRIES.

While Bon Scott packed a lot into his life, it's his death that draws the attention of most biographers.

The AC/DC frontman died in a Renault in a London suburb on a cold winter's night, while trying to sleep off a night on the town.

The death certificate read the cause was acute alcohol poisoning but from that point all sorts of wild theories began to surface about what really happened. Some even suggest it was Scott who had written all the lyrics for the band's first album released after his death, Back in Black.

It's a focus that has Keiraville author Jeff Apter scratching his head. The author of a number of earlier books on AC/DC, his latest is Bad Boy Boogie, a biography of Scott.

Yes, there are already a number of Bon bios out there (while seemingly none for his replacement Brian Johnson) but Apter spends most of his book detailing what happened before Scott fell asleep in that car.

"It seemed in the last few years that the trend, whenever they talked about Bon Scott, was always about the end of his life - how did he die? Did he write songs on Back in Black? Was he on drugs? - all that sort of stuff," Apter says.

"It's sort of easy to sell books, sell an angle if you write about that stuff but I don't think it does justice to the person. 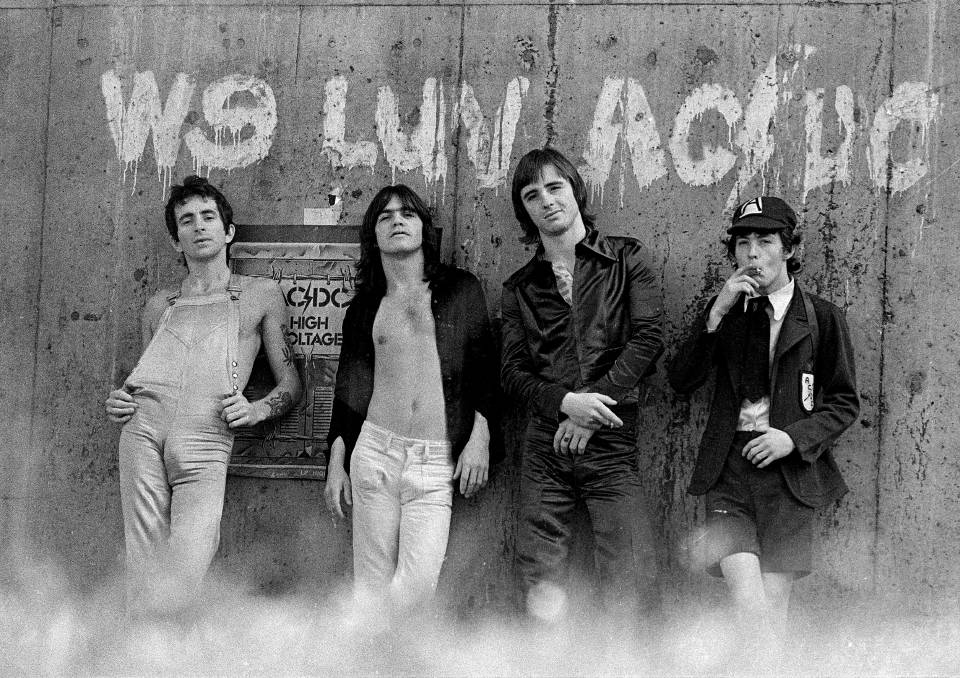 "I wanted to write something that reminded people of how funny the guy was. He was the last of the great larrikins - he was in the last generation of larrikins, who could get away with being larrikins."

Born in 1946, Scott and his family moved from Scotland to Australia when he was six - living in Melbourne for several years before settling in Fremantle.

In 1963 he spent some time behind bars for a range of charges including unlawful carnal knowledge and giving false information to police.

A year later, he started on his musical journey in earnest, starting a band called The Spektors. Two years later they would merge with another band and become The Valentines, where Scott was one of two lead singers.

After having several hits with The Valentines, Scott moved onto prog rock band Fraternity in 1970 before finally signing up with this band led by two brothers - AC/DC.

Some time after joining, he was asked if he was AC or DC. Showing that sense of humour Apter mentioned, Scott replied "neither - I'm the lightning flash in the middle".

"One story that I found was really funny - Alberts music was the spiritual home of AC/DC but internationally they were signed to Atlantic," Apter says.

"So when they were in a place where Bon could get into one of the Atlantic records office, the first thing he'd do would be pick up the phone and dial back to Australia.

"He'd ring back to everyone who he wanted to catch up with on the Atlantic dime without anyone realising what he was doing." 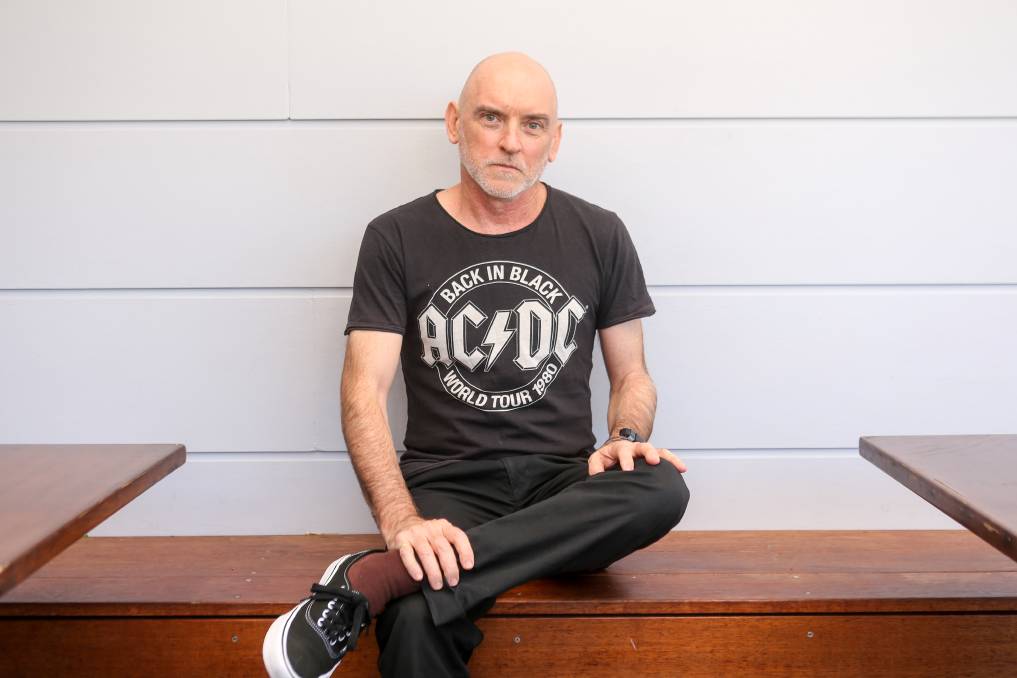 That, says Apter, was also a sign of his other great quality - he was a loyal guy.

"He was always writing back to his friends in Australia and his ex-wife," Apter says.

"Somehow he was a failure as a husband but a really, really good friend. Whenever we had downtime on the road, wherever he was, he'd be be writing letters back to people in Australia just to let them know how things are and that he's coming home soon."

Among the previous AC/DC books Apter's worked on are the stories of their first manager Michael Browning and bassplayer Mark Evans. One thing they told Apter about Scott was that if he was your friend, it would be for life.

"He would not necessarily be there when you needed him but he'd always be a feature in your life," Apter says. 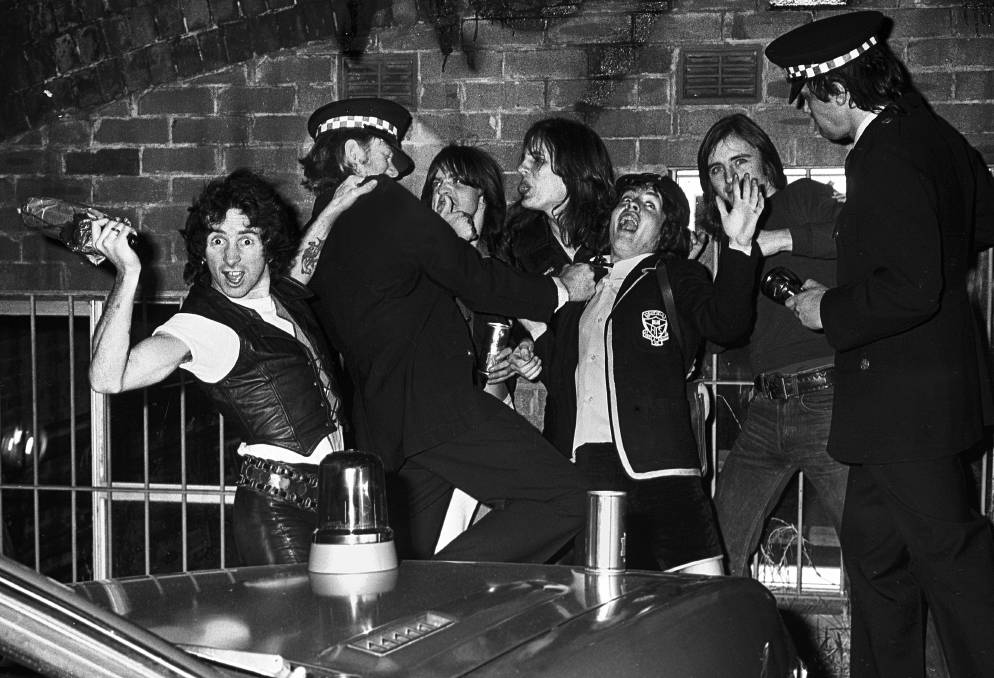 AC/DC and their roadies (in police uniforms), mess about for the camera. Picture: Philip Morris

"If he was back in Australia he'd make a point of catching up with you. Mark Evans told me if Bon came around and he wasn't home, he'd leave a bottle of Jack Daniels - that was his calling card basically saying 'hey, I'm around. I'll be back soon'."

Part of what has cemented Scott's musical legacy is that he was part of the band's most creative period and he left the stage before he was part of a dud album.

And there has been a few lacklustre AC/DC efforts in the years since Scott's passing, evidence of which Apter says can be seen in the band's live shows. A huge chunk of the setlists come from Scott's time in the band.

"The albums were much more complete [with Scott]," Apter says.

"Powerage and Highway to Hell - they're the two best AC/DC albums because there's not a dud on either record," Apter says.

"I still think there are a couple of songs on Back in Black that are a bit clunky and everything since then you'd be struggling to pick two or three good songs from each. A statue of the AC/DC frontman at Fremantle, Western Australia

"He was a big part of that early magic. If he'd lived I don't think the band would still be around today.

"I think he would have got bored with it and moved on to something else.

"At the time of his death he was talking about doing a solo record with some of the guys from Lynyrd Skynyrd, so he could have gone in quite a different musical direction."

Having penned so many books about AC/DC, Apter has declared Bad Boy Boogie will be the last one - and one he just had to write sooner or later.

"In my mind if you're in Australian music writer writing about a certain point in time, if you don't have a crack at the Bon Scott story you're probably missing out on fulfilling your oeuvre," he says.

Bad Boy Boogie by Jeff Apter was released on Tuesday.

This story The life and times of Bon Scott, AC/DC's flash of lightning first appeared on Illawarra Mercury.