Residential property prices in the coastal hamlet of Austinmer in NSW's Illawarra have increased dramatically during the COVID-19 pandemic, seemingly accelerated by a shift from big cities. 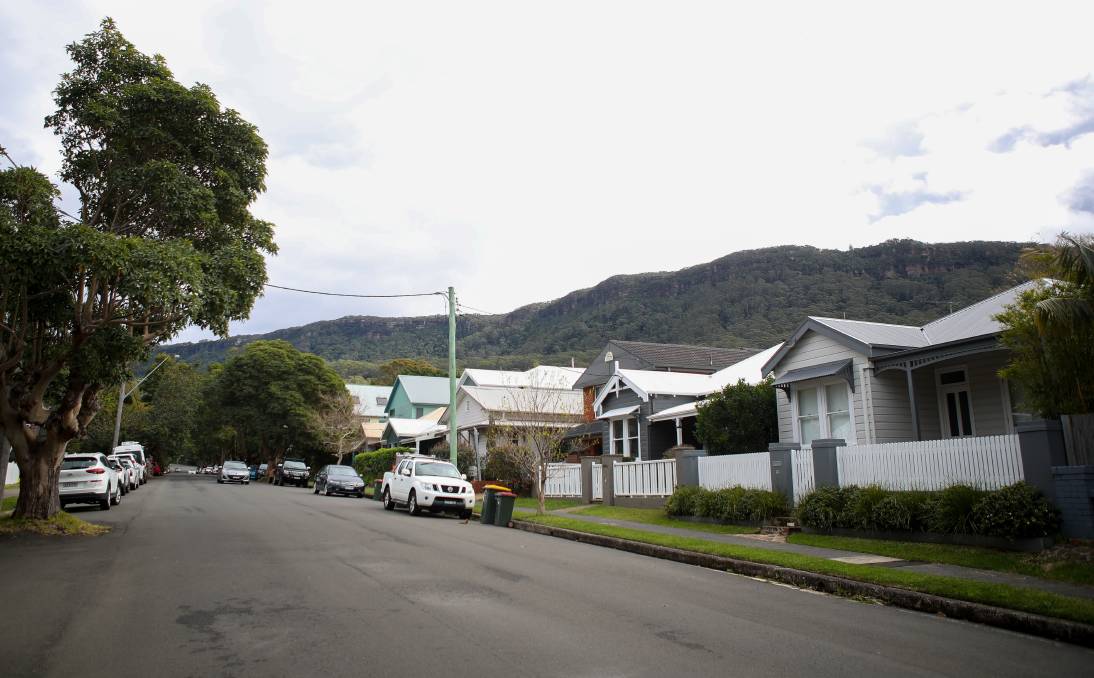 "I'm surprised every day by the prices they get here," she said. "I can't believe how expensive everything is, but the area is worthy of it, because it's such a beautiful suburb and close to Sydney."

Mrs Chapman has lived in Austinmer for 20 years, and 40 years in total in the northern suburbs of the Illawarra.

She currently lives on Yuruga Street, near the dog-friendly Little Austi Beach and main Austinmer Beach.

"The beach was the main thing for me," she said. "I came from Sydney 40 years ago, and I've always lived right on the beach, and the beach is what appealed to me about Austinmer in the first place."

Nowadays, Mrs Chapman said the location was also key for her because it remained within walking distance of beaches, boat ramp, rock pool and cafes.

"There's a lot of new families that have moved here in the past few years, and with the new hotel (the Headlands Austinmer Beach opened in 2017) there's a lot of tourists as well," she said.

"The old hotel was a real icon for the local area; it was there before any of the houses in the street.

"It was a beautiful old building on the headland, and then when they knocked that one down and put the new one up, it's been a big tourist attraction." Andrew Wilson, an accountant who had been living in Rockdale with his family, recently purchased a home on Kirton Road.

He said Austinmer's beaches, escarpment outlooks and overall lifestyle change were all key factors in moving there.

Mr Wilson also said the pandemic had made space and lifestyle much more of a priority for the young family.

"We had our heart set on Thirroul and Austinmer, and after wanting to get our foot in the door for a long time, we managed to find this one off-market," he said.

"We moved in on Saturday and we absolutely love it. It's a real breath of fresh air after coming from Sydney." Mattias Samuelsson from Ray White Helensburgh said the majority of buyers they'd seen purchasing properties in Austinmer this year tended to be a mix of locals and Sydney buyers.

"A lot of people are looking to get out of Sydney and get this coastal lifestyle," he said.

"But also a lot of people that already live on this coastline do see Austinmer as a really good choice. So we get a lot of locals moving from neighbouring suburbs to Austinmer, because they find it has that nice balance between amenities and tranquility.

"Whereas other neighbouring suburbs are a little bit busier, or don't have the same amenities that Austinmer offers... Austinmer's about as good as it gets."

McGrath Thirroul's Vanessa Denison-Pender has lived in Austinmer for 21 years.

"It's a tight-knit community, all the parents know one another," she said.

"Everyone looks out for one another. Everyone is friendly, waves and smiles hello, has a chat."

Mrs Denison-Pender said the suburb had evolved during her time there.

"When I first moved to Austinmer, there were no traffic lights, no Austi Beach cafe, there were a couple of fish and chips shops, and that was about it.

"It was very quiet, and it had a lot of people who had been in the area for a long time; that's changed a lot over the years.

"Prices rose very quickly due to a lack of stock and properties being tightly held."

According to CoreLogic, the median sales price of houses in the area is $1,735,000, and the predominant age group in Austinmer is 50-59 years. 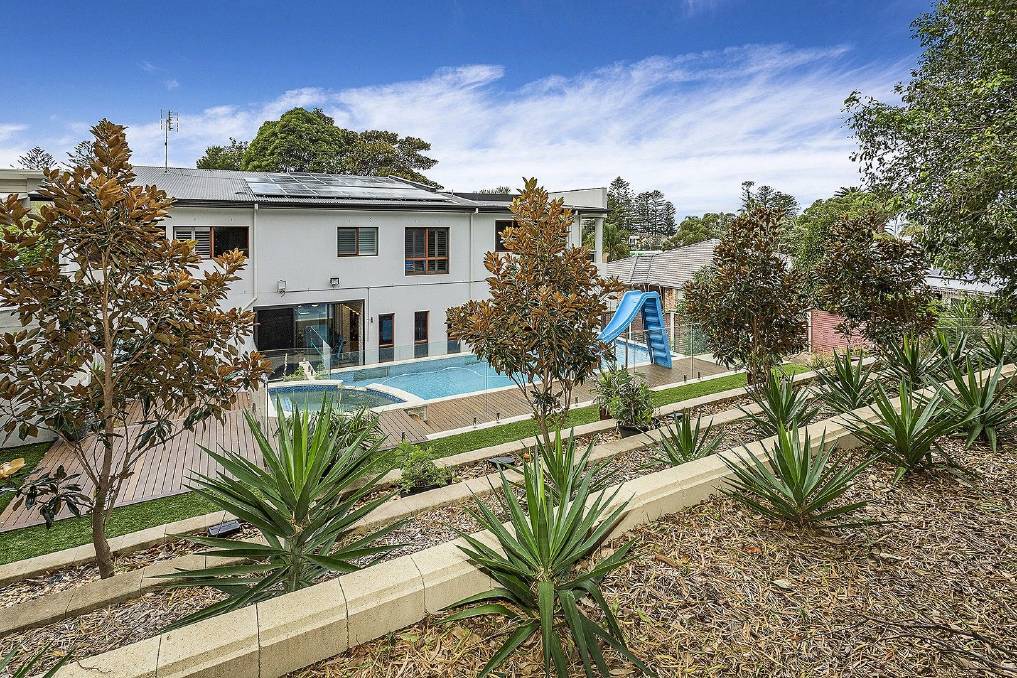 Among Peter Armstrong of AM Rutty Coastal's current listings is 36A Lawrence Hargrave Drive, Austinmer.

Other features include a rooftop deck with ocean views, landscaped grounds, outdoor entertaining area with firepit, and in-ground pool with waterslide.

It's for sale via expressions of interest, with a price guide of $3.2 million.

Mr Armstrong said the property had attracted plenty of interest from Sydney buyers. 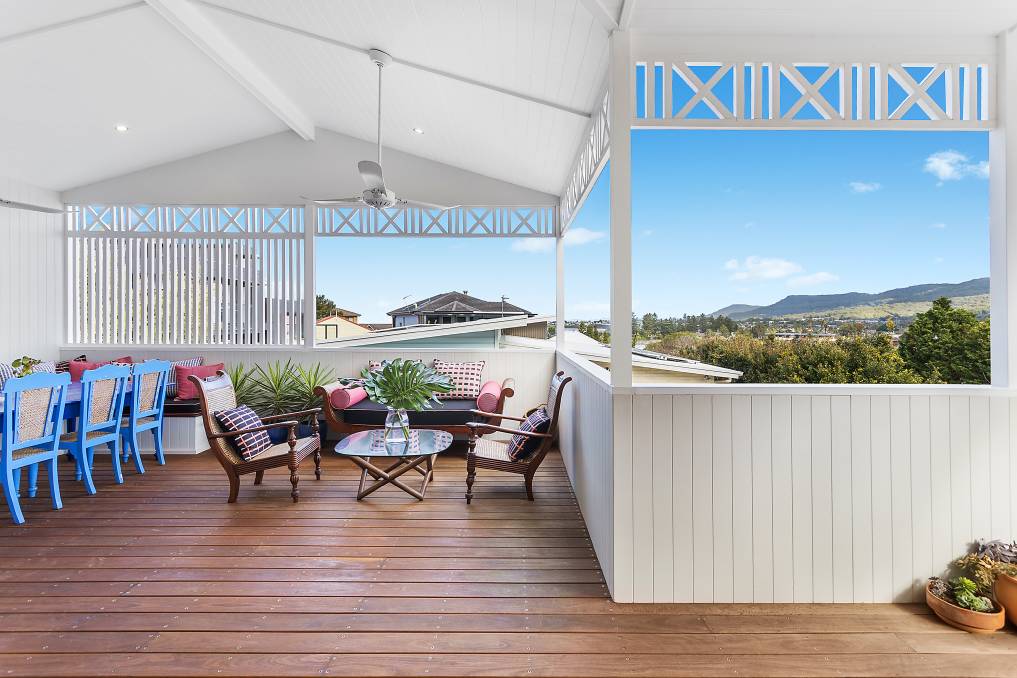 Mrs Denison-Pender is the selling agent for 1/9 Mountain Road, Austinmer.

Set on 297 square metres, the three-bedroom, two-bathroom home has a price guide of $3 million.

The owner lived in the 1930s weatherboard house for five years before renovating and extending it with the help of interior designer, Dominique Brammah from Duet.

The two-storey residence was featured in Australian House and Garden magazine in April. Fitted with an expansive entertaining deck that showcases the panoramic views of the escarpment, the coastal chic designer beachside home offers ocean views to Thirroul and beyond.

Mrs Denison-Pender said interest in the property had come from Sydney-siders and local families.

"It's a really beautiful home that's attracting a lot of interest. It's in a great location because it's right in between Austinmer and Thirroul, so you can go either way." 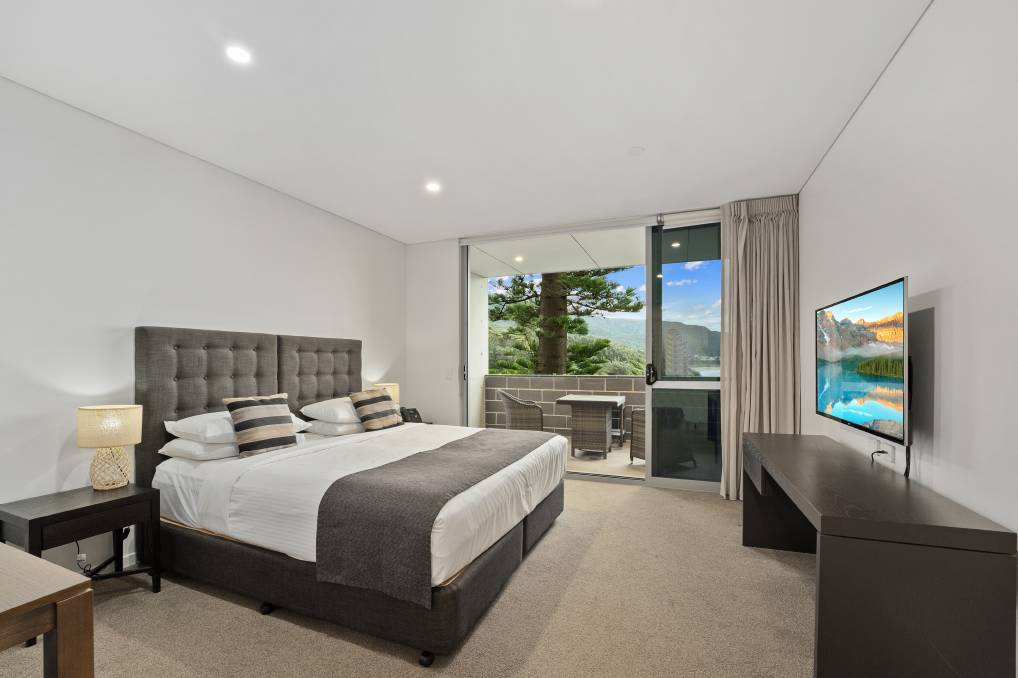 The one-bedroom studio apartment is located in the Headlands Resort Austinmer and has a price guide of $550,000 to $600,000.

"You can't live in them full-time, but they do offer... They're basically like a holiday home that you can make a pretty decent income from whenever you're not using it," Mr Samuelsson said.

"These apartments are predominantly owned and purchased by people from Sydney, and the western suburbs.

"The big appeal for these particular apartments is they can have a zero maintenance holiday home, right on the beach, close to Sydney, and it also generates an appealing rental income whenever they're not using it."

This story Why house prices in this suburb went up 40 per cent first appeared on Illawarra Mercury.