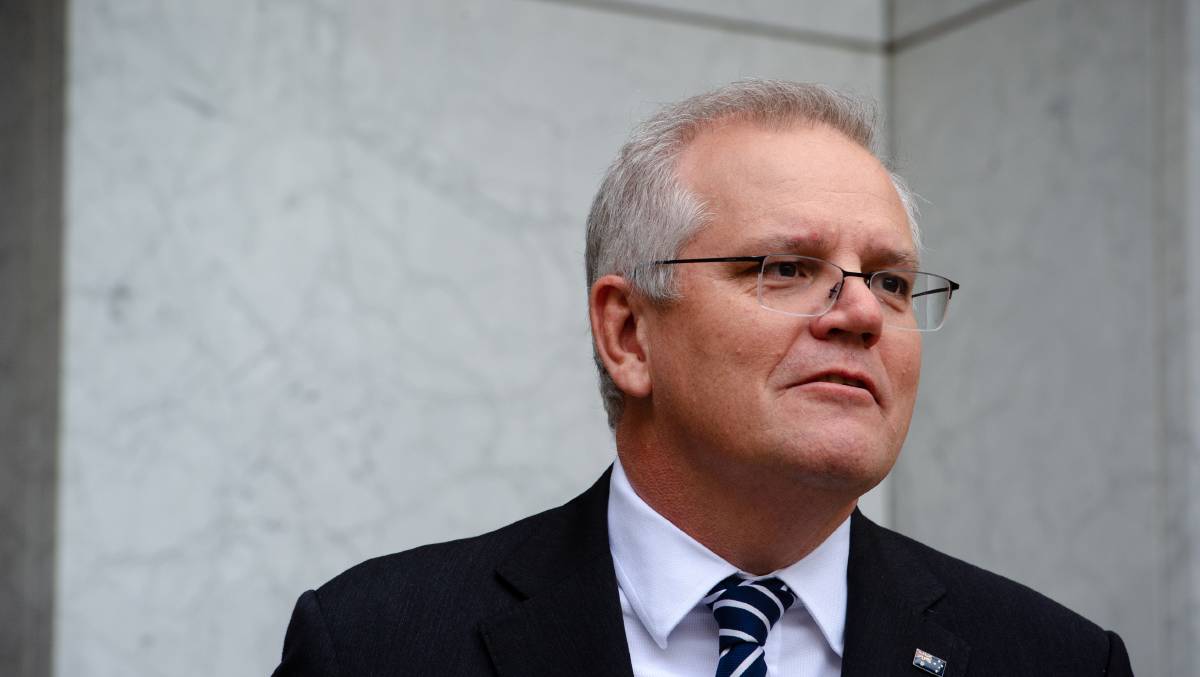 Prime Minister Scott Morrison has laid out double-dosed targets of 70 and 80 per cent as part of reopening plans. Picture: Elesa Kurtz

COVID cases may be escalating across the country, with three jurisdictions in lockdown due to the rising infections.

However, in reassuring news, the number of COVID vaccines being administered across the country is also increasing at a rapid rate.

With COVID vaccinations never being more important, here's the state of play for Australia's vaccine rollout.

Where are vaccination rates now?

Since Australia's vaccine rollout started in February, more than 21 million doses have been handed out.

In the almost seven months since the first jab was injected, more than 63 per cent of the eligible population aged over 16 have received their first dose.

In addition, 39 per cent are fully vaccinated with both doses.

Despite its slow start, all jurisdictions across the country have given first doses to more than 50 per cent of their eligible population.

With more than 1000 new COVID cases each day, NSW has seen a surge in take-up of the vaccine, and is leading the charge for first doses out of any state or territory, with 74.8 per cent.

However, the ACT is ahead for having the most of its residents being fully vaccinated, with 47 per cent having got both doses.

Will some states lag behind?

With extended lockdowns in NSW, Victoria and the ACT, vaccination rates have skyrocketed in each of the jurisdictions most affected by the pandemic.

However, states where there are zero COVID cases have had some of the slowest take-up rates for the vaccine.

In WA, just 54 per cent of its over-16s have received their first dose and 35 per cent have been fully vaccinated, with a similar situation being reported in Queensland and South Australia.

Research fellow at the department of infectious diseases at Monash University Dr Michael Lydeamore said the rollout was almost a tale of two different countries.

"With Victoria, for instance, the vaccine rate was extremely low there, and then there was that outbreak that led to a lockdown earlier this year, and then vaccine rates went through through the roof.

"The take-up would be higher in states like Queensland and Western Australia if they had an outbreak."

Due to additional vaccine doses being redistributed to areas more affected by COVID, vaccine supply in jurisdictions with zero COVID cases may also play a role.

However, with millions more vaccines arriving from overseas, Dr Lydeamore said those issues should hopefully resolve in coming weeks.

"We expect for vaccine rates to level out in the next month or so as more supply comes in," he said.

"Moderna will be flowing in as well, and that will help with supply issues, and as more GPs and pharmacies come onboard, the COVID vaccine rollout will look more like a season flu vaccine rollout and will be less reliant on scant systems and a small number of vaccines."

How high will the vaccine rate go?

Current vaccine targets are aiming for 70 per cent, then 80 per cent of the eligible population over the age of 16 receiving both vaccine doses.

Those two vaccine thresholds will help to trigger reopening measures and an easing of COVID restrictions, due to a large number of people in the community being protected.

While forecasts have shown all Australian jurisdictions comfortably reaching the 80 per cent target by the end of the year, it may be more difficult to get that level to 90 per cent and higher.

Dr Lydeamore said while vaccination levels will be high across the country, going from 80 to 90 per cent of the eligible population being fully vaccinated may be a more drawn out process, despite other benchmarks being met more quickly.

"It takes a while to get to 90 per cent, and those last few per cent will be the longest of the rollout," he said.

"Every jurisdiction will be comfortably over 80 and closer to 90, but it won't get to 100. The numbers won't be too particularly different in the different states, most will be at that 80 to 90 per cent level, which is pretty good for an immunisation program."

Similar experiences have been seen in other developed countries around the world such as the UK and US, where there was a slow down in number of vaccines being administered after reaching 80 per cent coverage.

"There will be a big surge until 80 per cent and then it will slow down to get the last few per cent, but there is not much that can be done to speed that up."

The research fellow said smaller jurisdictions, such as the ACT, would have the best chance of going beyond 90 per cent of its residents fully vaccinated.

What about vaccines for children?

Vaccination targets in Australia will only include people aged 16 years and older.

However, the Therapeutic Goods Administration has approved the Pfizer and Moderna vaccine for children between 12 and 15 years-old.

With more young people now being infected with COVID due to larger numbers of the adult population being immunised, there has been renewed attention on the need to vaccinate children.

Despite this, there has been no vaccine that has been approved for children under 12, although some clinical trials are under way overseas.

Dr Lydeamore said not having a vaccine that is approved for children was standard practice for newly developed vaccines, and that children would eventually be protected from COVID.

"It will happen in the long term, where we will vaccinate kids for COVID like we do for the flu, but it will take a while," he said.

"The big pharmaceutical companies are doing trials, but they take more time because they need more safety data."

It comes as new research published in the Medical Journal of Australia showed children as young as five would need to receive a vaccine in order for the country to have herd immunity.

Our coverage of the health and safety aspects of this outbreak of COVID-19 and the lockdown is free for anyone to access. However, we depend on subscription revenue to support our journalism. If you are able, please subscribe here. If you are already a subscriber, thank you for your support. You can also sign up for our newsletters for regular updates.

This story How is Australia's COVID vaccine rollout tracking? first appeared on The Canberra Times.