Professor Davis, a John Hunter Hospital infectious diseases expert, estimated that in a year's time there would be 10 to 15 drugs "proven to be effective for us to choose from, some of which will be more effective in combination".

"The choice of drugs will be - and is already - different in those with mild, moderate or severe disease," he said.

Professor Davis, a clinical researcher with Hunter Medical Research Institute, has a solid record of predictions when it comes to COVID-19.

"Mathematically at least three or four will probably be successful," Professor Davis said at the time.

Asked to reflect on his prediction, he said: "I am kind of surprised how accurate that ended up being".

"There are three registered and highly effective vaccines in Australia now.

"But it was actually an underestimate. Within about 12 months after that article was published, there were at least seven successful vaccines globally.

"This is a breathtaking achievement, and will long be remembered as a key example of how much can be achieved when scientists, governments, NGOs [non-government organisations], industry and the public all come together for a common cause and throw everything at it." 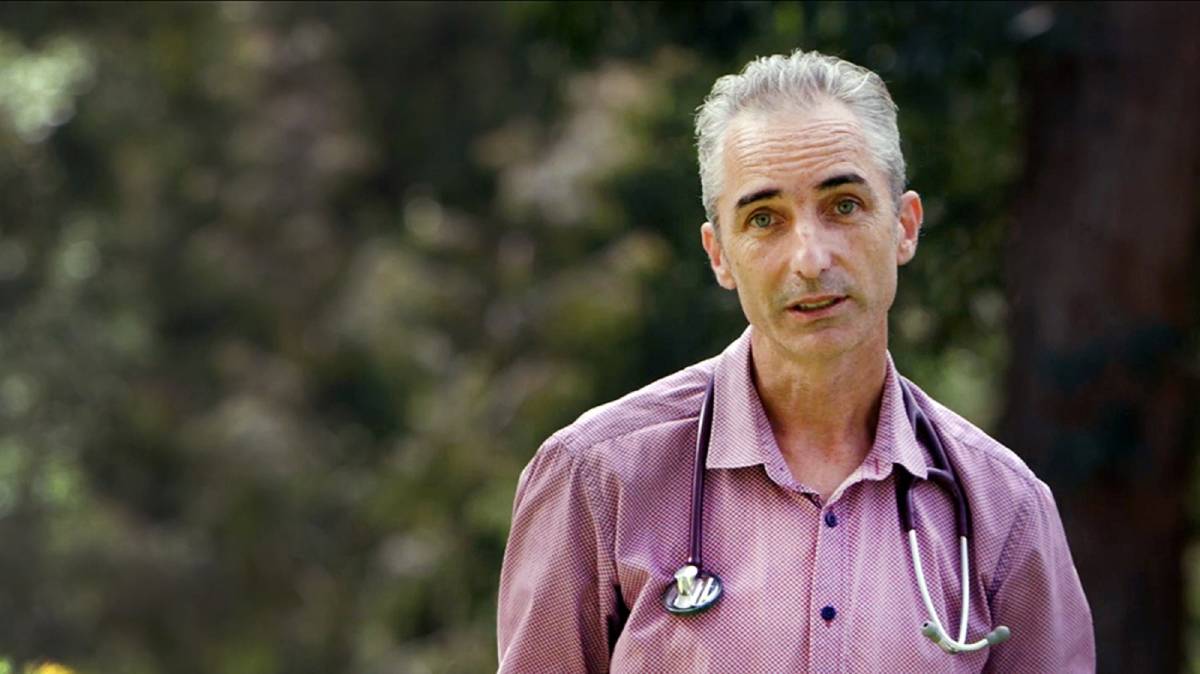 He said it was easy to forget that early last year, many experts - along with 'armchair experts' - were "confidently stating that we would never have an effective COVID vaccine".

"They cited flu vaccines - decades in development - as being only about 50 per cent effective in many years. And the fact that there had never been a highly effective vaccine against a respiratory virus developed before, and never in under a decade."

Also last year, Professor Davis told the Herald that a world without vaccines would be "hundreds of thousands of times worse" than the COVID-19 pandemic.

"Vaccination has been the single most successful public health intervention in human history," he said, debunking the anti-vaxxer movement in a single sentence.

Of the eight drugs proven to work against COVID, only one is an antiviral drug.

"The rest damp down the body's inflammatory response to the virus," Professor Davis said.

"Dexamethasone has the largest effect in reducing mortality, and is also the cheapest and most widely available of these.

"It should not be used in mildly ill COVID-19 patients, as it could make things worse in that setting. It is only for use in hospitalised patients who are needing supplemental oxygen."

He said it was important to note that "at least 10 drugs have been clearly proven to have no benefit".

Some may cause potential harm.

"These include Trump's favourite drug, hydroxychloroquine; the HIV drug lopinavir/ritonavir; aspirin; the gout drug colchicine, and azithromycin among others," he said.

The eight drugs that have been proven to work against COVID-19 are: dexamethasone and other corticosteroids (anti-inflammatory drugs, given by injection or orally); remdesivir (a repurposed antiviral drug, first developed for Ebola); tocilizumab, sarilumab and baricitnib (powerful anti-inflammatory drugs, used in those with severe lung inflammation); inhaled budesonide (also a corticosteroid, usually used for asthma); sotrovimab and casirivimab/imdevimab (monoclonal antibodies, given by injection).

"At least 50 more drugs are currently being trialled. I would say five of these will be successful and be added to our toolbox," Professor Davis said.

As for the much-discussed parasite treatment ivermectin, he said: "The jury is still out on this drug".

"It did seem promising at first, based on laboratory studies against the virus.

"But several clinical studies, including randomised trials, have had conflicting results - some showing benefit, some no benefit."

One of the largest trials of ivermectin showing the most benefit was recently retracted, as it was "shown to have used falsified data".

"However, several legitimate large clinical trials are currently testing ivermectin, and these will definitively answer the question.

"In the meantime, we should not be recommending ivermectin for routine use outside the setting of clinical trials."

The trial involves his colleagues at the Doherty Institute and many hospitals in Australia, New Zealand and India, including John Hunter.

"We have now recruited over 900 patients," he said.

Several drugs were dropped from the ASCOT platform because they were found to be ineffective, while others have been added.

Professor Davis expects drug research to continue in the COVID field for a long time.

"No matter how many drugs we have to treat COVID, we will always be looking for something better," he said.

He said COVID had become endemic in Australia due to the Delta strain.

"Elimination or zero transmission are both no longer possible," he said.

"If our current impressive - albeit late - efforts at vaccine rollout continue, we will have a very high vaccine coverage and a low number of deaths."

This was despite Australia being likely to experience large numbers of cases.

He said Australia could improve clinical trials for drugs to treat COVID through "better central co-ordination and prioritisation".

He recently wrote an article on this in the Medical Journal of Australia, which said a "nationally resourced infrastructure for co-ordinated trials did not exist in Australia".

"Unlike the UK and parts of the US response, there has been little central co-ordination in Australia for the prioritisation and funding of trials," the article said.

"Australia does not have enough research capacity and COVID cases for all of these trials to successfully recruit - indeed many of them have not recruited a single patient," Professor Davis said.

"Hence, the article stated: 'Developing a pathway to prioritise clinical research and prepare for future pandemics remains an urgent need'."