It is the buzzword in federal politics and beyond.

But what does it actually mean, and why is it important? What will it take to achieve it, and are we on track in Australia and globally? And what has Scotland's most populous city got to do with it?

Frank Jotzo, the director of Australian National University's Centre for Climate and Energy Policy, has helped The Canberra Times answer some of the simple but pressing questions at the heart of this heated debate.

What is net zero?

Net zero is shorthand for net zero emissions, which refers to the balance between the amount of greenhouse gas produced and the amount removed from the atmosphere.

If and when we reach net zero, it won't mean there are no greenhouse gases.

Prof Jotzo says that while it was possible to replace fossil fuels such as coal, gas and oil with clean alternatives, there were some sources of emissions which would be around for a "very long time, perhaps forever". Coal can eventually be replaced as an energy resource. But other sources of greenhouse gas emissions might be around forever. Picture: Max Mason-Hubers

To compensate for those emissions - to reach net zero - carbon dioxide has to be actively removed from the atmosphere. That can be achieved in a number of ways, including planting new forests or literally capturing carbon dioxide through a mechanism known as direct air capture.

Australia, with its vast open spaces and rich energy resources, is "incredibly well placed" to be able remove large quantities of carbon from the atmosphere, Prof Jotzo says.

Why is it important?

The science could not be more definitive on the link between greenhouse gas emissions and global warming.

The recent UN Intergovernmental Panel on Climate Change report found that the crucial 1.5-degree temperature threshold was at risk of being breached in the early 2030s without rapid and urgent action. 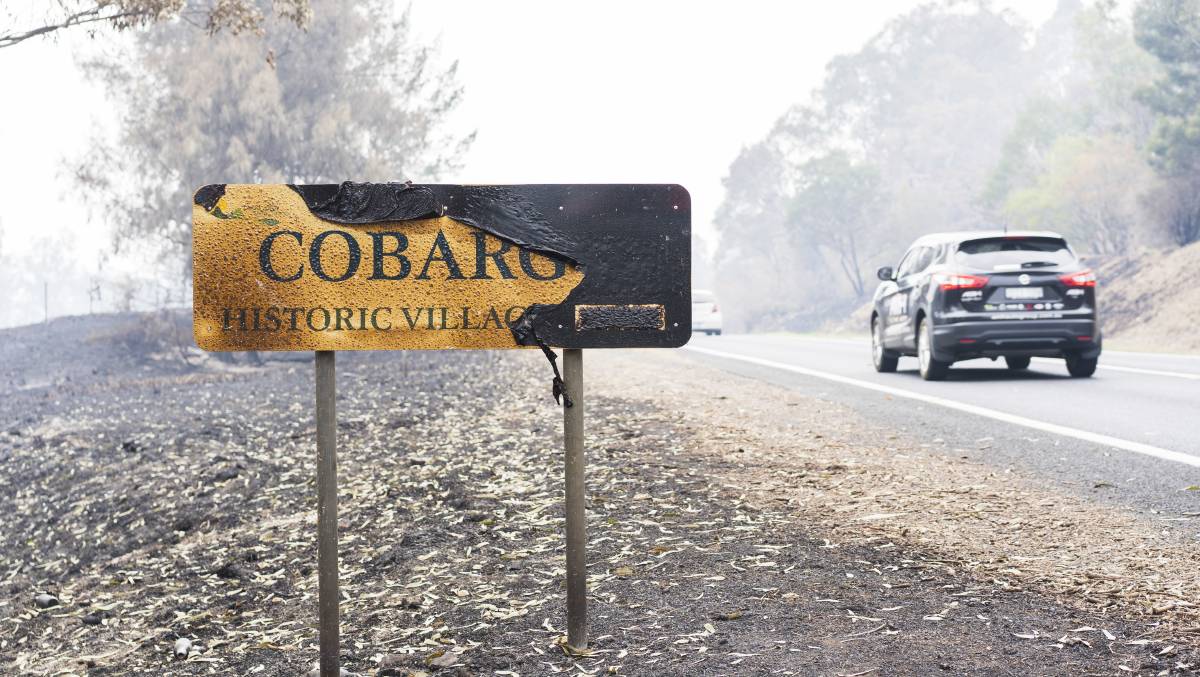 The risk of extreme weather events - such as the fires which tore through the South Coast during Black Summer - will increase with global warming. Picture: Dion Georgopoulos

A 1.5-degree warmer planet brings with it an increasing risk of longer heatwaves, more frequent droughts and extreme weather events such as bushfires, as well as rising sea levels.

The IPCC report warned that the 2-degree threshold - which would see even more catastrophic consequences - could be reached within two decades.

"Fundamentally, if we are to arrest global warming then we need to stop the net addition of greenhouse gases into the atmosphere," Prof Jotzo says.

What does Glasgow have to do with it?

The global push for stronger and urgent climate action has never had such momentum.

World leaders (with some notable exemptions) will later this month converge on the Scottish city of Glasgow for the UN Climate Change Conference, or COP26.

The conference has four goals, starting with securing agreement on reaching carbon neutrality by mid-century. Countries are being asked to bring forward "ambitious" 2030 emissions reduction targets which align with the net zero goal. That's seen as crucial to retaining hopes of limiting global warming to 1.5 degrees.

Australia is under pressure domestically and internationally to both make a 2050 net zero commitment and lift its 2030 aim, which at 26-28 per cent below 2005 levels is far lower than other countries.

The US plans to halve emissions by the end of the decade, while Boris Johnson's UK government wants to reduce emissions 68 per cent below 1990 levels by 2030.

Mr Johnson said in a speech last month that the Glasgow climate summit was a "turning point for humanity".

"Daily, weekly, we are doing such irreversible damage that long before a million years are up, we will have made this beautiful planet effectively uninhabitable - not just for us but for many other species," he said.

So, are we on track to meet the goals? 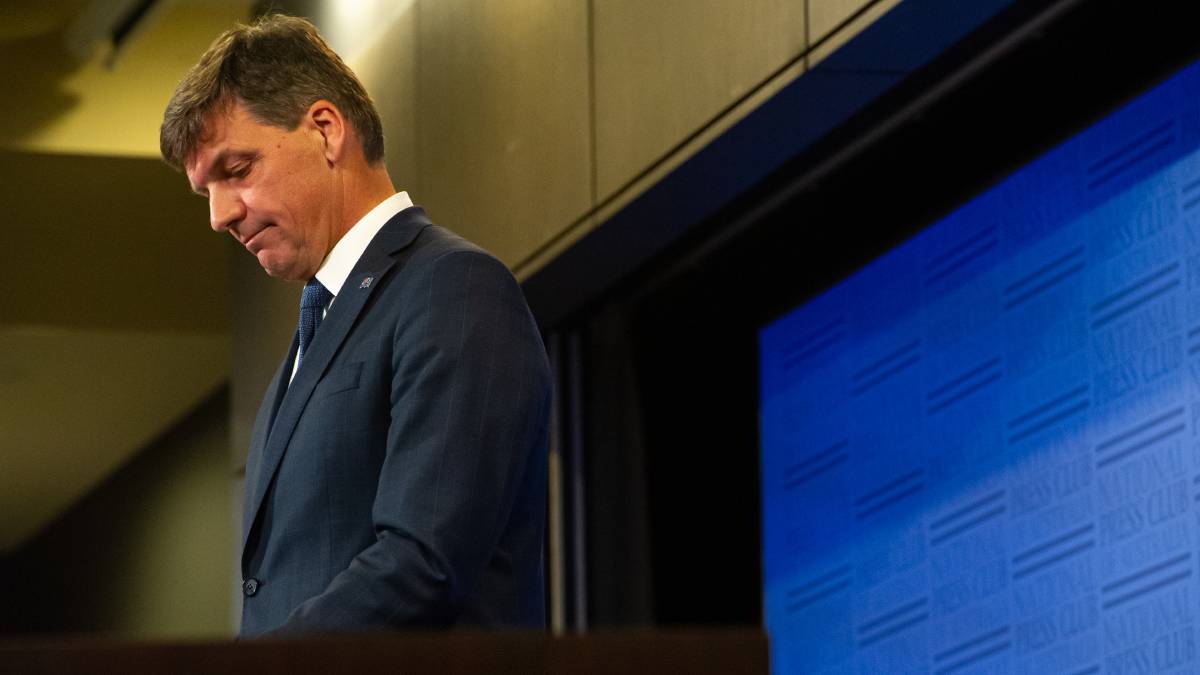 Minister for Energy and Emissions Reduction Angus Taylor says Australia is on track to meet and beat its 2030 targets. Picture: Elesa Kurtz

Energy and Emissions Reduction Minister Angus Taylor says Australia is on track to meet and beat its 2030 target, which was set under former Prime Minister Tony Abbott.

The latest figures suggest Mr Taylor is right to be optimistic.

Australia's emissions have fallen almost 21 per cent on 2005 levels, on the back of what Mr Taylor's describes as the nation's world-leading take up of wind and solar.

But while the headline number might suggest Australia is well on its way, Prof Jotzo says it doesn't tell the full story.

He says the government's own figures show that the entirety of emissions reductions since 2005 have come from the land use and forestry sector. Emissions from the other sectors combined have not gone down at all.

Prof Jotzo says the government can basically no longer rely on land use changes, meaning emissions will need to be cut in transport, industry, agriculture and electricity in order to reduce Australia's carbon footprint.

The federal government will release a long-term emissions reduction strategy ahead of the Glasgow summit, which will position technology as the key to reaching carbon neutrality. It could include a net zero by 2050 target - if the Nationals can be convinced.

The good news for the federal government is that the states and territories are already stepping up to the plate. The NSW Coalition government and Victorian Labor government have both committing to halving emissions by 2030.

And what about globally?

While more than a 100 countries have updated their Paris targets amid a concerted global climate action push, the planet's emissions remain on a worrying trajectory.

A recent UN report showed that the policies of all parties to the Paris Agreement would result in a 16 per cent increase in emissions by 2030, compared to 2010 levels.

UN Climate Change executive secretary Patricia Espinosa said the projection was a "huge cause for concern".

"It is in sharp contrast with the calls by science for rapid, sustained and large-scale emission reductions to prevent the most severe climate consequences and suffering, especially of the most vulnerable, throughout the world".

So, how do we get to net zero?

The "ultimate" net zero system is, according to Prof Jotzo, one in which renewable electricity provides the bulk of energy to the economy.

For applications which have traditionally relied on coal, oil or gas, electricity would be used instead. Think electric cars, for instance.

Electricity can also be used to make hydrogen, a resource Prof Jotzo says could eventually replace iron ore and coking coal for steel production - currently responsible for about eight per cent of global carbon emissions.

That percentage might seem small now, but Prof Jotzo notes that once the electricity and transport sectors are decarbonised it will make up a large chunk of what is left.

The use of renewable hydrogen for steel production has been proven, but has not yet been deployed at scale. But Prof Jotzo says many of the technologies which will drive the transition already exist, including wind, solar, batter storage and pumped hydro.

This story The big questions at the heart of net zero and climate debate first appeared on The Canberra Times.