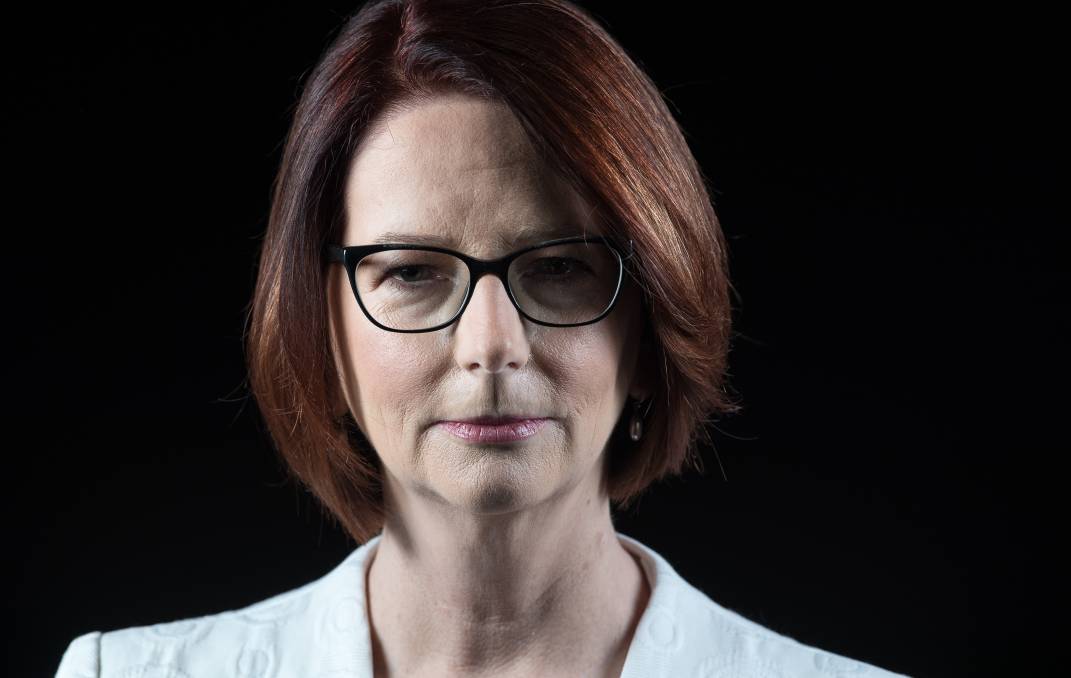 REMOVING tax concessions to push “recalcitrant” churches to act on child sexual abuse reforms would have community support because “the public won’t tolerate” inaction after the five-year child abuse royal commission, said Julia Gillard on the eve of the commission’s final report.

Australians would be “waiting and watching” for any sense of church or political delay after a final Royal Commission into Institutional Responses to Child Sexual Abuse sitting on Thursday and the handing of the final report and recommendations to Governor General Sir Peter Cosgrove on Friday, Ms Gillard said this week after establishing the commission in 2012.

She declined to predict if the royal commission would recommend linking tax concessions to reforms, after a public hearing in March where the Anglican church was warned to “get its house in order” or “the state could intervene by changing the money regime in relation to the church”.

The warning came after senior Anglicans told the commission the church had been unable to agree on uniform child protection regimes across the country.

“The church is the beneficiary in a variety of ways of financial concessions. The state could intervene by saying, ‘You don’t get these unless you get your house in order’. Would that work?” commission chair Justice Peter McClellan asked senior Anglican clergy.

Ms Gillard said while churches, governments and other institutions would need time to respond to the report, public pressure “will certainly be there” regardless of “what levers are then needed to push some recalcitrants into action”.

Read more: The editorial that started it all – Joanne McCarthy on why there must be a Royal Commission

The commission received a two-year, $126 million extension in September, 2014 after it was overwhelmed by reports from victims of institutional abuse. The commission received 41,770 calls, 25,770 letters and emails, held more than 8000 private sessions and 57 public hearings and made nearly 2600 referrals to police and other authorities.

Ms Gillard said the royal commission had uncovered evidence that at least in some communities people beyond churches “turned a blind eye” to child sexual abuse. In a speech in November Justice McClellan said church child sex offenders were protected in the past because of the broad view that “the community would suffer if its ‘pillars’ were exposed” as criminals.

Royal commission reports for communities like Newcastle showed that “for many, many years there was this consensus amongst leading figures, not only in the church, but leading civic community figures, that it was something everybody should turn a blind eye to”, Ms Gillard said.

It was a concern that the royal commission had shown the attitude of a minority had not yet changed, she said.

Ms Gillard said she was not surprised that a Fairfax-Nielsen poll held days after the royal commission was announced showed 95 per cent support, but disputed that it reflected the community wanted powerful people to be held to account for decades of systemic child sexual abuse.

“My sense would be the predominant motivation of the public was that there’s nothing more important than protecting children, a lot of evil has gone on and it ought to be exposed and we ought to better protect children for the future. The fact that the powerful were going to be held to account was collateral to that,” she said.

Ms Gillard did not expect the royal commission to reach the Vatican, despite her government not setting “any fetters” on its operations. Members of Pope Francis’ papal commission on child sexual abuse gave evidence in February of how the Catholic Church was an institution “struggling to come to terms with the safety of children and its responsibilities in that area”.

“Nothing I’ve ever had to do in my life in any way equates with that,” she said.

Ms Gillard said she did not believe being a woman prime minister was a factor in her decision to establish a royal commission. If other prime ministers, including John Howard and Tony Abbott, had been in her situation they “may well have made the same judgment call”.

“Any decision maker, I hope, faced with that range of information and being thoughtful about what could be achieved by a royal commission would have ended up in basically the same place,” she said.

The royal commission revealed evidence that institutions without women in positions of authority had higher rates of child sex offending than more diverse groups.

Evidence from communities including Newcastle showed a “cultish kind of behaviour” by some men where “mates looked after mates”, Ms Gillard said.

“They all bonded in a group that was self-protecting and self-preserving” and where “status and lifestyle was inherently connected with the church”, she said.

“If there had been more diversity, whether that be gender or other forms of diversity, maybe it would have been harder for the group to cohere as strongly as it did to preserve itself the way it did,” she said.

In her 2014 book, My Story, Ms Gillard wrote that a “crusade for change began in Newcastle” after the suicide of Belmont firefighter John Pirona in July, 2012. Mr Pirona was sexually abused by a notorious Catholic priest while a student at a prominent Hunter Catholic high school.

Ms Gillard was in Newcastle on the day of Mr Pirona’s funeral and visited the Newcastle Herald office where she was told of “the depth of mourning in the city for Mr Pirona and other child sexual abuse victims”, and understood “the determination to see justice for survivors through a royal commission”.