A Queanbeyan family is pleading with the government to provide a health waiver for one member to allow her to stay in the country after her visa application was knocked back because her medical conditions were deemed to likely cost to the nation significantly.

Joey and Rizalina Jestingor and their three adult children, originally from the Philippines, have lived in the region since 2014.

After applying for new temporary visas in 2016, Home Affairs in February 2018 granted them to four family members and refused one.

Patricia, 19 and the youngest, had her application refused because her diagnosed autism, congenital blindness and retinopathy meant she was "not free from a disease or condition that would likely result in a significant cost to the Australian community in the areas of health care or community services".

The family and their lawyers have since appealed the decision through the Administrative Appeal Tribunal (AAT) and in May this year, Patricia's case was referred to Home Affairs Minister Karen Andrews for intervention.

We've really experienced a lot, Australia has provided us with many wonderful opportunities.

Mr Jestingor, who said he had written to various politicians including the Prime Minister, said their goal was to become citizens and had tried unsuccessfully in the past to become permanent residents.

He said their affinity for Australia and their social connections already formed, including their active roles at Hope Christian Church, Queanbeyan, meant they wanted to live in the country long term.

"We sold everything we had (in the Philippines) because we had set the goal of living here permanently," he said.

"When we started, we didn't anticipate how complex this process would be. We're pushed against the wall and we need help.

"I'm really appealing to those who can change this decision to intervene for us. We're law-abiding people, we serve our community and my kids don't cause any trouble."

Patricia's application was also refused because her father's sponsoring employer, which is Canberra Hospital as Mr Jestingor has worked there as a senior registered nurse since March of 2014, did not provide ways to meet the costs of her conditions.

The family had previously been on the temporary work 457 visa. However, in April 2017, the government announced it would abolish that visa by March 2018 and replace it with the temporary skill shortage visa 482.

A number of new visa eligibility criteria for the 457 visa were introduced immediately after the announcement. The 457 visas granted to four family members in February 2018 were valid only until January this year.

The family has since applied for the 482 visas, which has presented additional complications for Patricia's case, and are on bridging visas in the meantime.

Rizalina Jestor said they had invested and contributed to the community since arriving and that they dreamt of having a home they could call their own.

"We've sent our children to school and university here and because they're considered international students, it's been a huge amount we've spent," she said.

"We'd like to buy a house that we can call our own."

Ysabella, the eldest child, is in her second year at the University of Canberra studying biomedical science, said they had planted themselves here.

"We've really experienced a lot, Australia has provided us with many wonderful opportunities," she said.

"If we were sent back to the Philippines, we really would have nothing at all."

Minister for Home Affairs Karen Andrews, who has been in the media recently for her hardline stance on a Tamil asylum seeker family detained on Christmas Island since 2019, did not comment and referred queries to a department spokesperson who said the government administered the migration health requirement to protect the community from public health and safety risks.

The spokesperson said the health requirements were also in place to contain public expenditure on health care to safeguard access for of citizens and permanent residents.

"The health requirement is not condition-specific and the assessment is undertaken individually for each applicant based on their condition and level of severity," they said.

"The current migration health framework is pragmatic and balances compassion and cost containment by imposing a standard health requirement for visa applicants, while making health waivers available for some visa subclasses." 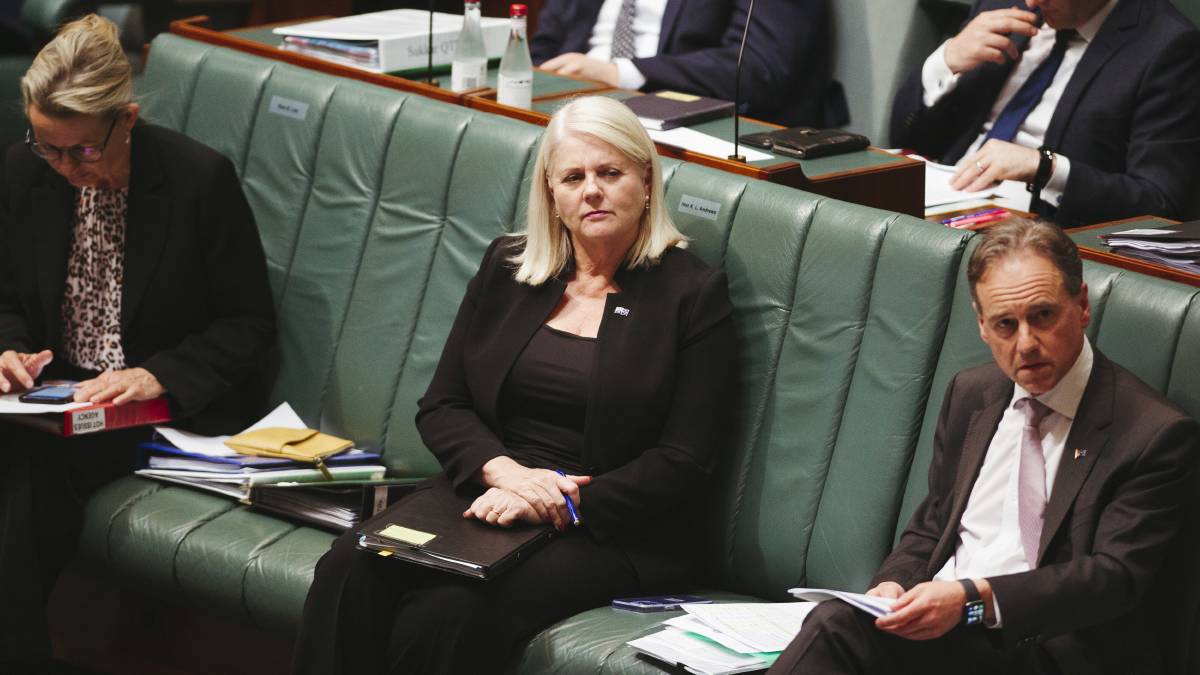 The spokesperson said ministerial intervention was not an extension of the visa process and the minister could not be compelled to exercise their powers.

"Nor are they required to explain their decisions on any case," they said.

"The minister only intervenes in a relatively small number of cases that present unique and exceptional circumstances and where they consider that it is in the public interest to do so."

Individuals may remain in Australia while their case is being considered.

Following the AAT's referral to the department, a petition to help the family obtain permanent residency was started by Rolando Condat, pastor of Hope Christian Church, Queanbeyan.

As of Saturday afternoon, it has secured about 6600 signatures with the target being 7500.

Pastor Condat said the family, particularly Joey, had been involved in with the church since they arrived and have contributed to the church and the community.

"Joey is involved in many, many ways. The family's contributions to our church is really big and I know that it's very hard to train faithful leaders," he said.

"These people are very faithful and if we were to lose them, it would be sad for us. That's why we're appealing."

Pastor Condat said the family would not be a burden on society if they were put on permanent residency pathways.

"The fact that everyone is working and everyone is contributing should favour them," he said.

"The family also isn't just contributing in a financial and economic sense but also in a wellness and spiritual sense with what they do at church and the wider community."

This story Parents' plea for help after daughter with blindness refused visa first appeared on The Canberra Times.